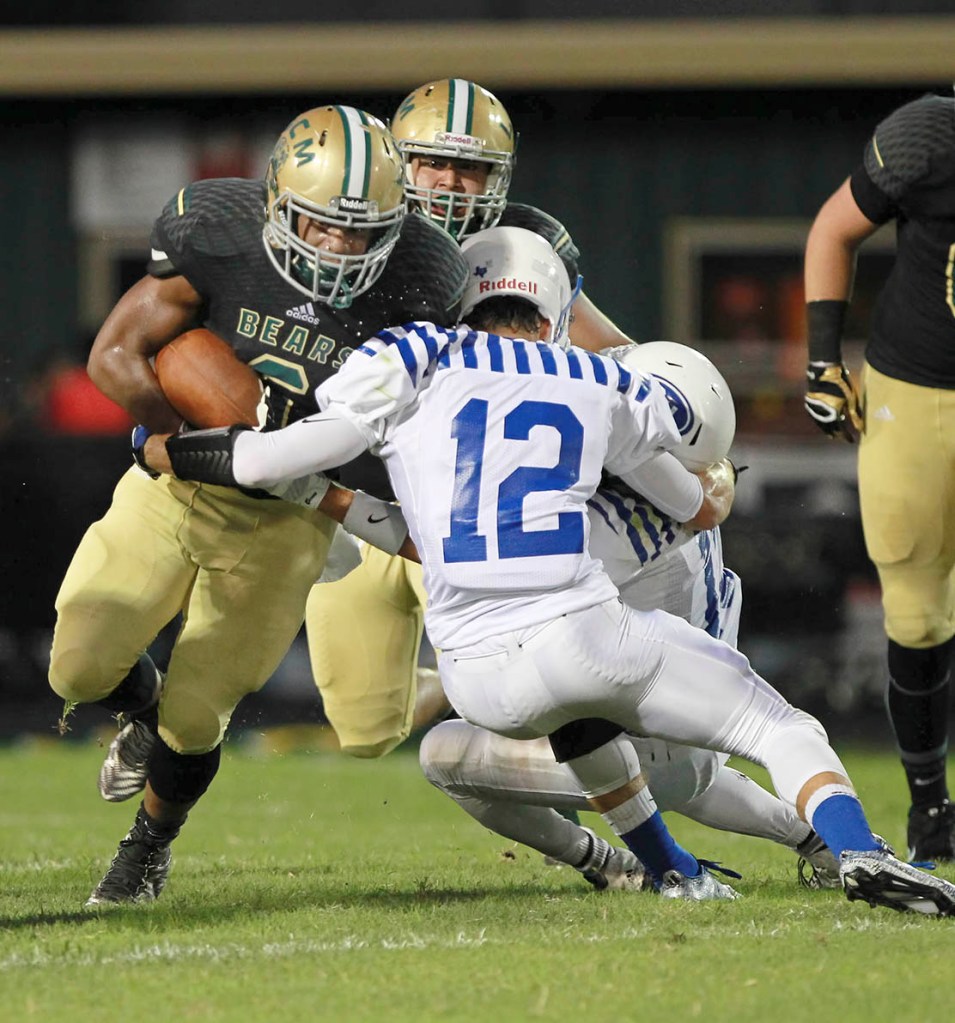 LITTLE CYPRESS – There is no question that the Little Cypress-Mauriceville Battlin’ Bears will look for their freight train running game to continue to pick up steam Friday night when they welcome in the winless Cleveland Indians for Homecoming in District 10-4A Division I action.

All the Bears accomplished was picking up 539 yards on the ground as their “new” running game is starting to find solid footing.

Fullback J’Lon Douglas is pacing the balanced attack. Douglas, who ran for 145 yards on 15 carries against the Wildcats, has 569 yards for the season.

The LC-M defense had one of its better outings against Splendora, limiting the Wildcats to 250 total yards.

Cleveland did move the ball well in their road trip to Bridge City, picking up 383 yards in the tight loss.

The Bears will look to go to 2-1 in 10-4A play before making a short trip to Bridge City next week to face the Cardinals.