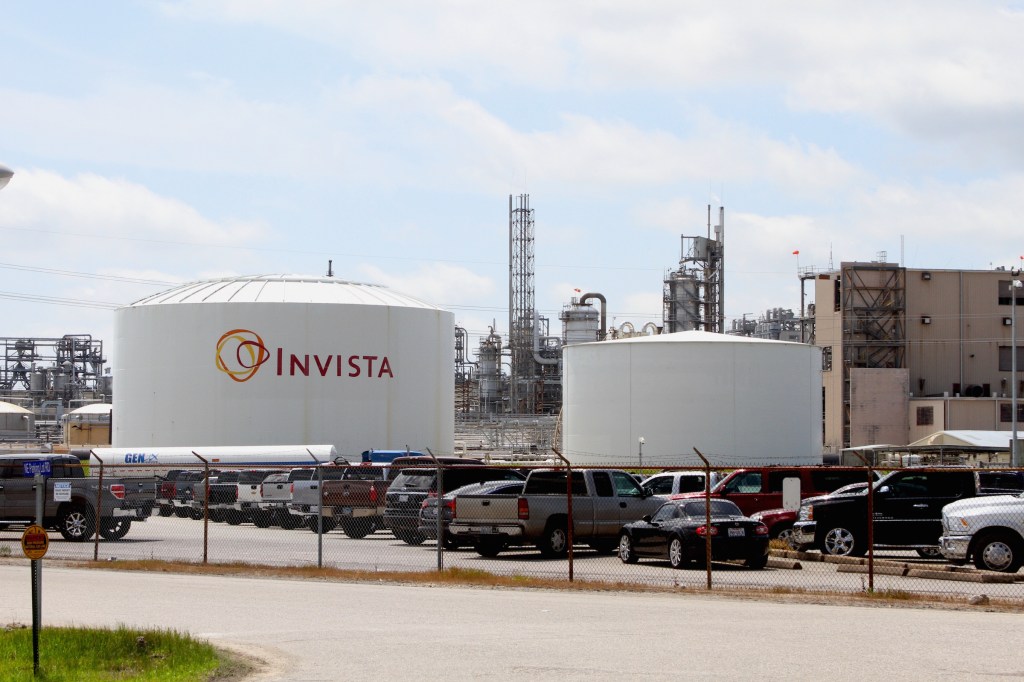 The INVISTA location in Orange has announced it will shut down its adipic acid manufacturing unit and will be eliminating positions and restructuring others in coming weeks, which will impact at least 75 positions. (Tommy Mann Jr. / The Orange Leader)

Approximately 75 people will be without jobs this holiday season at INVISTA as plans for a reduction in force have been announced.

News emerged late Monday afternoon and was confirmed Tuesday through a statement from Doug Speers, INVISTA Orange site manager, that the Orange INVISTA location is expected to lay-off at least 75 people, who work primarily with the adipic acid unit of the plant.]

“The employees at Orange have worked tirelessly to safely provide efficient and reliable products that support our global business,” Speers said in a prepared statement. “Unfortunately, given the shifts we are seeing in regional demand and global supply, this unit is no longer competitive.”

According to the press release, INVISTA is restructuring its Orange, Texas, site so it can more rapidly respond to the ever-changing global marketplace that it serves. This action will result in the reorganization of some work groups; role changes for some employees; and the shutdown of the site’s adipic acid manufacturing unit.

The reduction in Orange will impact at least 75 employees, and possibly more. These employees who will be impacted by the shutdown and restructuring efforts will receive 60 days notice.

The company stated individuals whose roles are eliminated will be provided career assistance and may qualify for a severance package to assist with transitioning to other opportunities outside INVISTA.

“During this transition, our top priority remains to protect the health and safety of our employees, contractors, the community and the environment,” Speers added. “Even in light of difficult market conditions and the decision to cease adipic acid production at Orange, INVISTA has a strong foundation and remains firmly committed to the global nylon 6,6 market and to the Orange facility.”

The Orange adipic acid unit is one of three primary production units onsite and has supplied both local and global markets with a key ingredient for materials such as nylon 6,6 polymer, nylon 6,6 fiber, and other specialty applications. The decision to shut down the adipic acid unit was driven by lower adipic acid demand in North America and increased supply in the global adipic acid market.

The Orange site currently has more than 600 employees and contractors and is considered one of INVISTA’s key, nylon manufacturing assets. It is a significant global supplier of nylon 6,6 intermediate chemicals, including adiponitrile (ADN) and hexamethylenediamine (HMD).

With more than 20 locations in operation around the world, INVISTA, which is a subsidiary of privately owned Koch Industries, Inc., opened its Orange, Texas location in the 1940s and was built during the nylon manufacturing boom. The complex covers approximately 70 acres and is located within the DuPont Sabine River Works facility, according to a previous story in The Orange Leader.

These units help create the principal products of adipic acid, as well as the nylon intermediate chemicals ADN and HMD, which are used in the manufacturing of nylon fiber. They can be transported to customers by rail, barge or truck in various liquid and bulk solid forms.

The adipic acid unit was shut down after being damaged by Hurricane Ike’s devastating storm surge in September 2008. It was brought back online in early 2011.