See you at the station 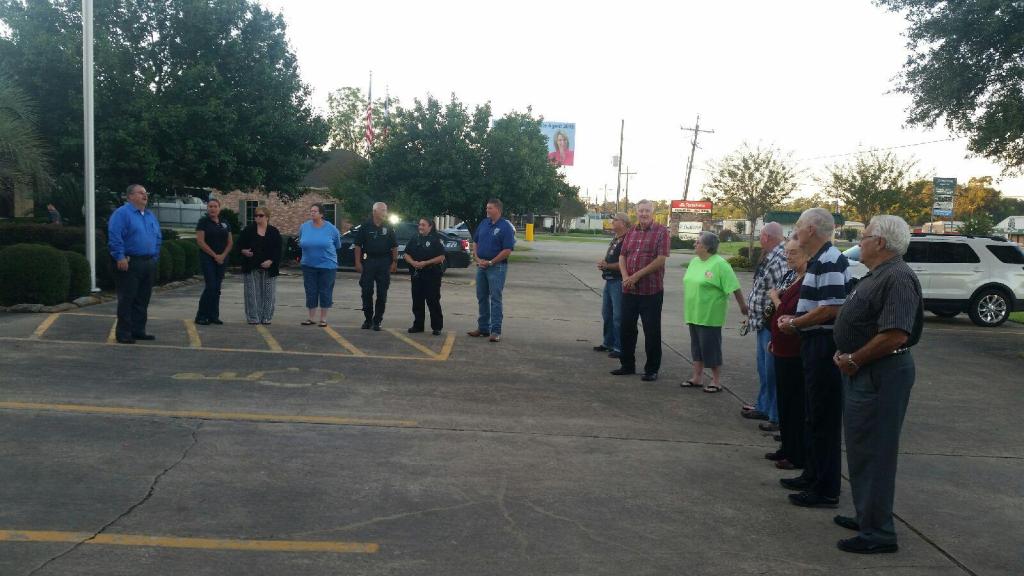 There was a great turnout in the parking lot of the Pinehurst City Hall and Police Department this morning at 7:15 a.m. for “See You at the Station.”  Pinehurst Police Officer Kevin Norton prayed for his fellow officers both locally and across the nation as many council members, city employees and citizens joined in.  The prayer was followed by the Pledge of Allegiance.

See you at the station was started by Beth Armour Armstrong via Facebook and other media outlets.  She stated,  “With so many police officers being killed recently, I felt compelled to start a movement to pray over our local police officers. In the spirit of the national “See You At The Pole” day on Wednesday, September 23, please join me at your local police station at 7:15am to pray over the men and women who work there.”

Chief Fred R. Hanauer III spoke about the changes he has seen in law enforcement and the perceived shift in attitude towards police.  He concluded by saying, “ …I realized that it was only a few who felt that way towards police and that the majority of our citizens still support our officers.”  “We put God in our prayers, we have God in our Pledge of Allegiance and it is time to put God back first in our nation.”  The ceremony ended with a closing prayer by Officer Norton.