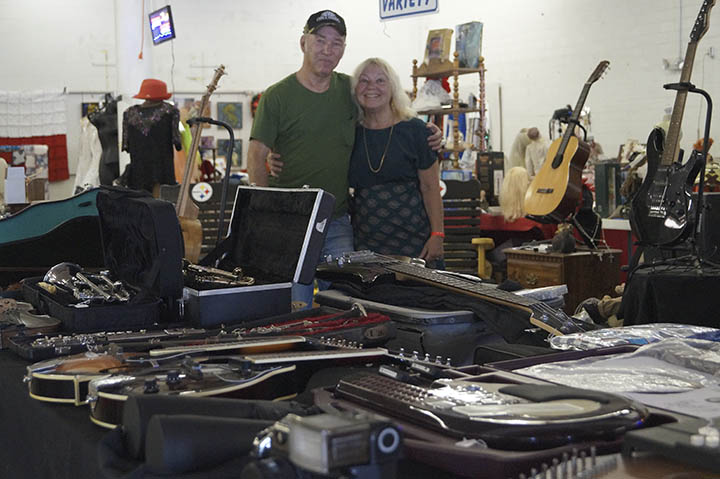 Among various arts, crafts and keepsakes at Orange Trade Days you’ll see Bill and Arlen Snyder from Little Cypress Mauriceville selling everything from antique furniture to vintage musical instruments. Bill and Arlen, who actually owns the building once known as the East Town Mall, take great pride in their assortment of memorabilia which they have collected and sold for 5 years but not so much as the pride they feel for their son Billy Snyder who is the founder of the ever growing flea market located on East turret Ave. which is open to the public every first weekend after the second Monday of each month.