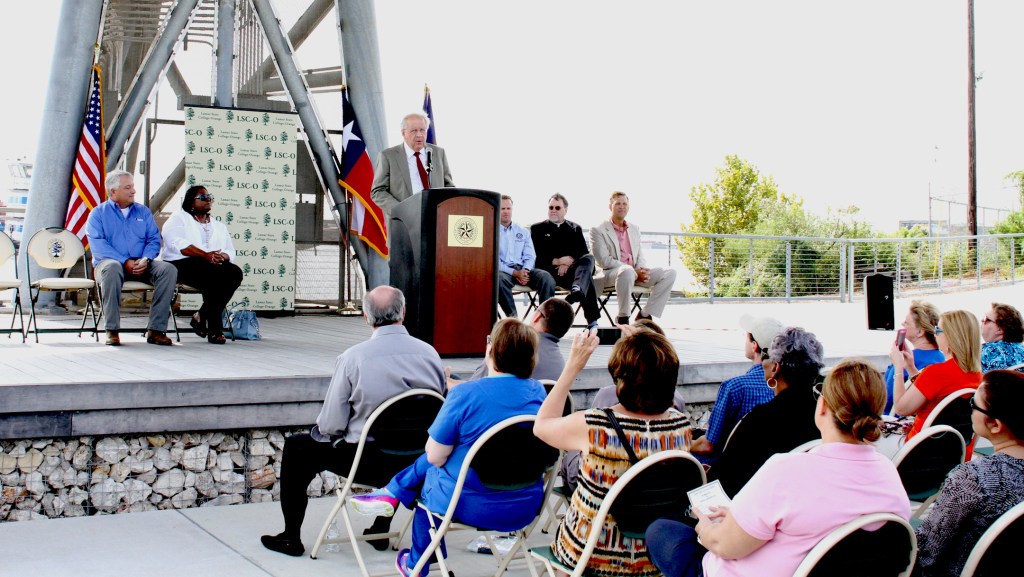 Thursday was World Maritime Day 2015 and this year’s theme is “Maritime education and training.” It was fitting for Lamar State College-Orange to make its most recent announcement about a new educational program.

A press conference was held Thursday morning at the Orange Riverfront Pavilion, which overlooks part of the Sabine River, as Lamar State College-Orange announced it hopes to begin a Maritime program in 2016.

“We offer several career-oriented programs which are designed to get people into the workforce quickly and employed immediately,” said Dr. Michael Shahan, president of Lamar State College-Orange. “There are very good salaries to be made in this industry and a lot of upward mobility.”

Shahan said he expects LSC-O to begin the new program in the summer or fall of 2016, but first the learning institution must hire instructors and a director.

“We’ll start modestly with entry level courses and add more modules as we progress,” he continued. “The addition of the Maritime program is a great match for our campus based on our location by the river and with all of the Maritime industry in our area.”

Mike King, superintendent of Bridge City Independent School District, was one of several special guests on hand who was happy with a new program that students from Bridge City and other area school districts could participate in.

“In 2013, House Bill 5 allowed us to offer more CTE (Career and Technical Education) courses in Bridge City,” he explained. “We are excited about having another opportunity for our students to be introduced into these Maritime programs. We have no doubt we will be able to supply some of these workers that are much needed in this industry.”

At first glance, Father Sinclair Oubre may have seemed out of place in his religious attire as one of the speakers during Thursday’s press conference, but Oubre has spent many years in the Maritime industry and knows the importance this type of work has had in the past and will again for Southeast Texas.

“Southeast Texas was truly the Merchant Marine center of the United States at one time,” Oubre said to the gathered crowd. “There will be a tremendous need for trained personnel in the next 10 years because the average age of a Maritime worker is 50 years old. This initiative at Lamar State College-Orange is the first step in regaining Southeast Texas prowess as a Maritime center of the U.S.”

Employees in the Maritime industry perform a variety of tasks, some of which include supporting off-shore drilling industry and moving goods along the Intra-Coastal Canal, which stretches from Texas through Florida. They are also responsible transporting people, as with the ferrys at Bolivar Peninsula and cruise lines.”

Mike Thomas of Seabulk Towing was one of the speakers during the press conference as well, and he delivered some interesting bits of information to the gathered audience which justify the importance of such a program.

“A lot of people may be unaware of this, but the ports in Beaumont, Orange and Port Arthur are ranked third in the United States in the amount of total tonnage which goes in and out, behind L.A. Long Beach and Houston,” Thomas said. “And this region, from Beaumont to Lake Charles, represents 23 percent of the U.S. refining capacity for fuel.

“We are looking forward to working with Lamar State College-Orange and bringing people into the industry,” he continued. “There is no shortage of opportunity, but there is a shortage of trained people.”

Rep. Dade Phelan (Texas-21st District), who helped secure funding from the state for this and other programs, was also in attendance.

“This area has a limitless future,” Phelan stated. “With the Maritime program, Lamar State College-Orange will have a great opportunity to train personnel for years to come. This is something that all of Southeast Texas can be proud of.” 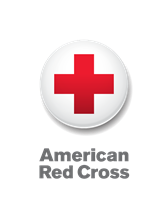