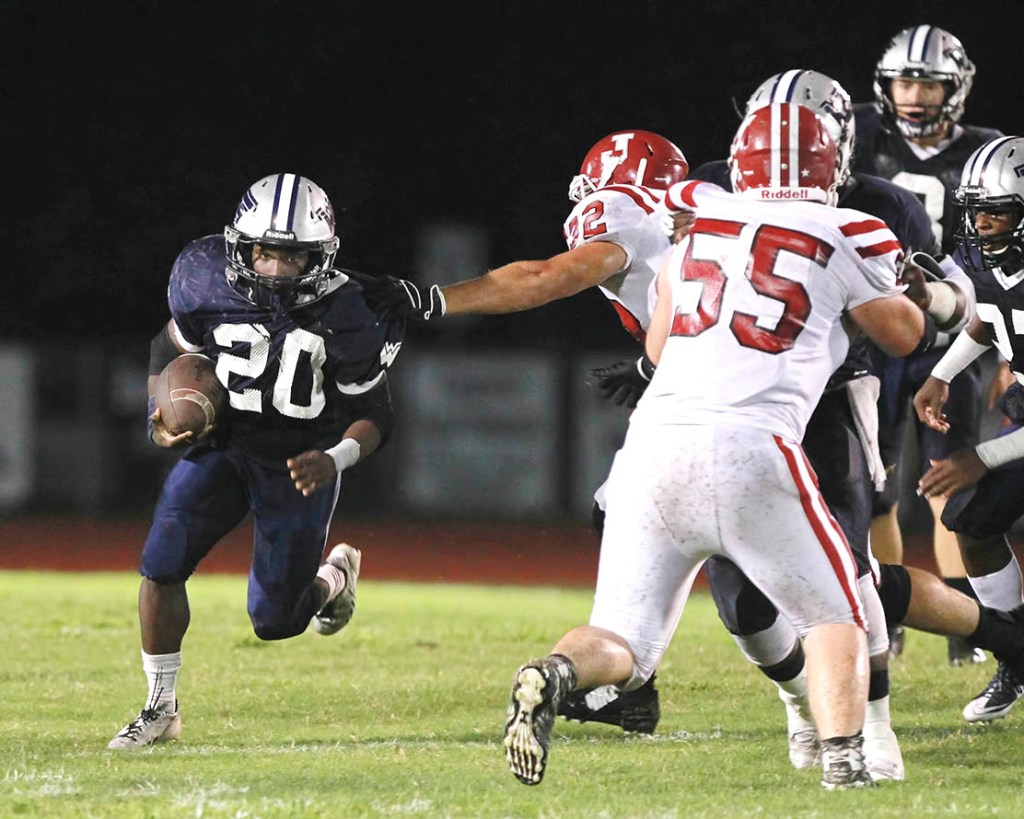 WEST ORANGE – Getting an extra day this week, the West Orange-Stark Mustangs are certainly honed in on their next opponent as they are getting prepared to take on the Richmond Foster Falcons Saturday at 6 p.m. at Baytown Stallworth Stadium.

That was the first of back-to-back losses last year for the Mustangs, who stormed all the way to the Class 4A Division II state title tilt. WO-S lost to Newton the following week. The Mustangs will host Newton next week as they look to be on somewhat of a “revenge tour.”

There is no question that the Mustangs have showed balance through the first four weeks in averaging 391 yards a game.

They started the season with a new makeshift offensive line with new starters across the board. However, the big guys are starting to make their mark.

Tailbacks Melech Edwards and Jeremiah Shaw both ran for more than 100 yards in the win.

Edwards now has 291 yards and three TDs on 55 carries while Shaw has bolted for 259 yards and two TDs on 37 totes.

Quarterback Jack Dallas has been using pin-point accuracy once again this year. The junior has completed 59-of-88 passes for 678 yards and has seven TDs and has yet to throw an interception.

The Mustang defense is allowing just 221.8 yards a game but did give up 311 against a speedy Silsbee unit.

The Falcons defeated Katy Tompkins (45-42) and A&M Consolidated (45-34) in their first two games. They stumbled to Hosuston Reagan (28-26) but rebounded last week with a 33-0 shutout of Fort Bend Marshall.

Foster is averaging 446.3 yards a game with a balanced attack.

Quantonio Williams is a breakaway threat in the backfield with 512 yards and four scores on 73 carries while Quinton Oliver has 209 yards and two TDs on 33 carries.

Last season, the Mustangs held the Falcons to just 255 total yards. However, the Falcons held Wo-S to 171 including just five yards on 22 carries in the ground game.

The Mustangs will close out their non-district slate next week at home against Newton.