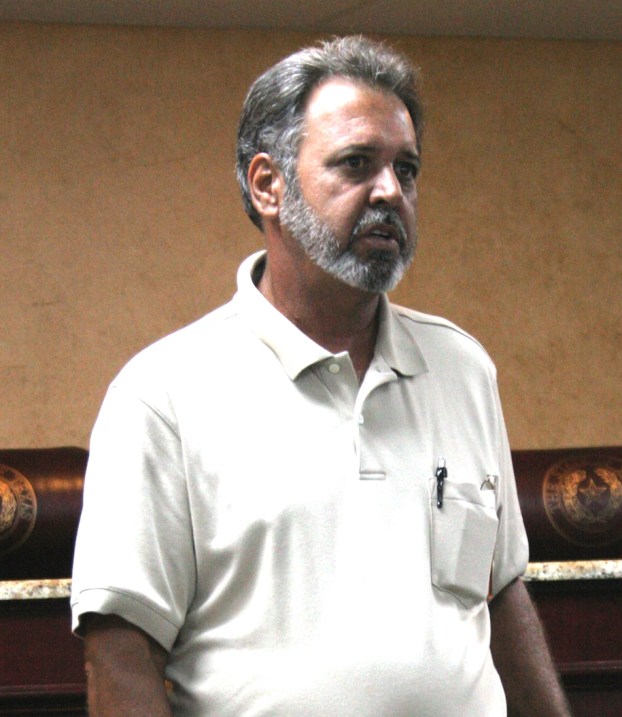 Mayor Kirk Roccaforte of Bridge City will be the celebrity guest of the Bridge City Chamber of Commerce 9th Annual Celebrity Roast on Oct. 22. (Tommy Mann Jr. / The Orange Leader)

Roccaforte to be focus of celebrity roast in October

Mayor Kirk Roccaforte is no stranger to being in the spotlight when called upon. This time it will be for fun instead of a natural disaster or a council meeting.

Roccaforte has been involved in city politics for many years, including the past nine years as mayor. He was a member of city council following the damage of Hurricane Rita in 2005, and mayor during the devastation and recovery of Hurricane Ike in September 2008. He is currently completing the final year of his final term as mayor.

Hurricane Ike decimated the community of Bridge City as 99 percent of businesses and residences sustained considerable water damage from the storm surge. Roccaforte and city officials and staff were key in getting state and federal aid to the city and getting the recovery effort moving.

In March 2009, Roccaforte was selected as “Citizen of the Year” by The Orange Leader for his efforts following the storm. In June2009, Roccaforte, along with Jamie Harrison, the former Bridge City ISD superintendent, and Carl Thibodeaux, former Orange County Judge, were the recipients of the “Newsmakers of the Year” Award from the Press Club of Southeast Texas in 2009 for their combined efforts in assisting their communities and county.

For more information on individual tickets, table reservations or sponsorship opportunities for the event, call the chamber office at 409-735-5671.

St. Mary Catholic School said a special prayer around the flagpole at the City of Orange Police Station at 8:15... read more