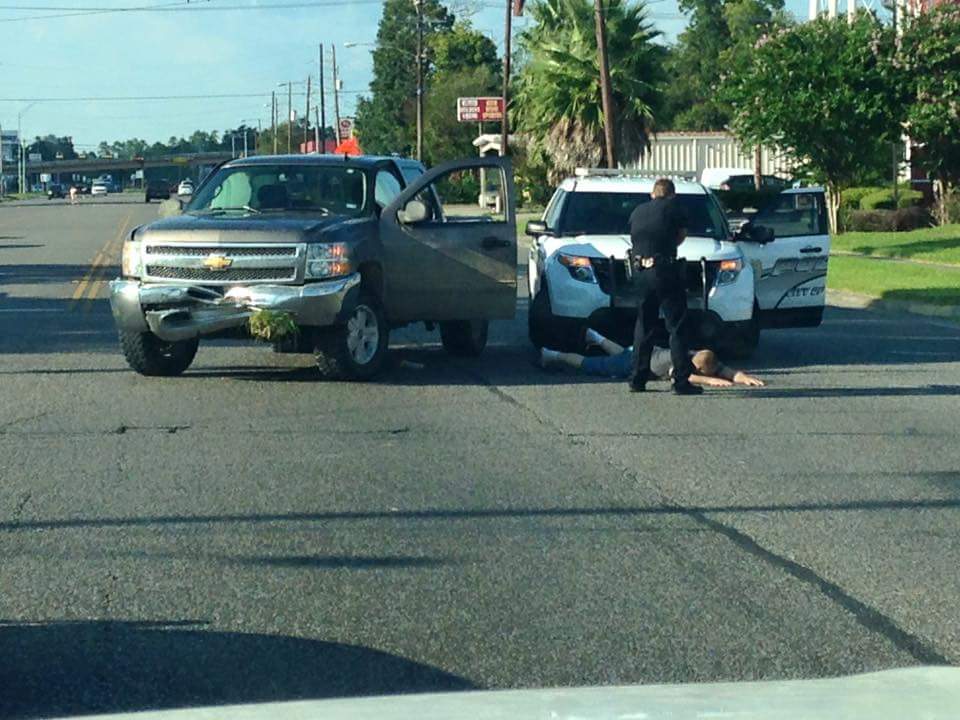 A high-sped chase, at approximately 5 p.m. Thursday, in Orange began at Tulane and 37th Street and ended near 16th and Church Street with a man arrested.

Lucas Moore, 19, of Orange, is charged with two counts of intoxicated assault, driving while intoxicated, aggravated assault on a peace officer and evading arrest.

While patrol units were searching on Fairway, the truck was spotted by law enforcement who followed in pursuit of the vehicle.

According to police reports., the driver appeared to intentionally aim the truck at an oncoming police car and accelerated towards the officer forcing the officer to drive into the front yard of a residence to avoid a collision.

The truck collided with a white Oldsmobile as it was attempting to pass vehicles on the left.

One woman from the first collision was taken to Baptist Hospital Orange by Ambulance.