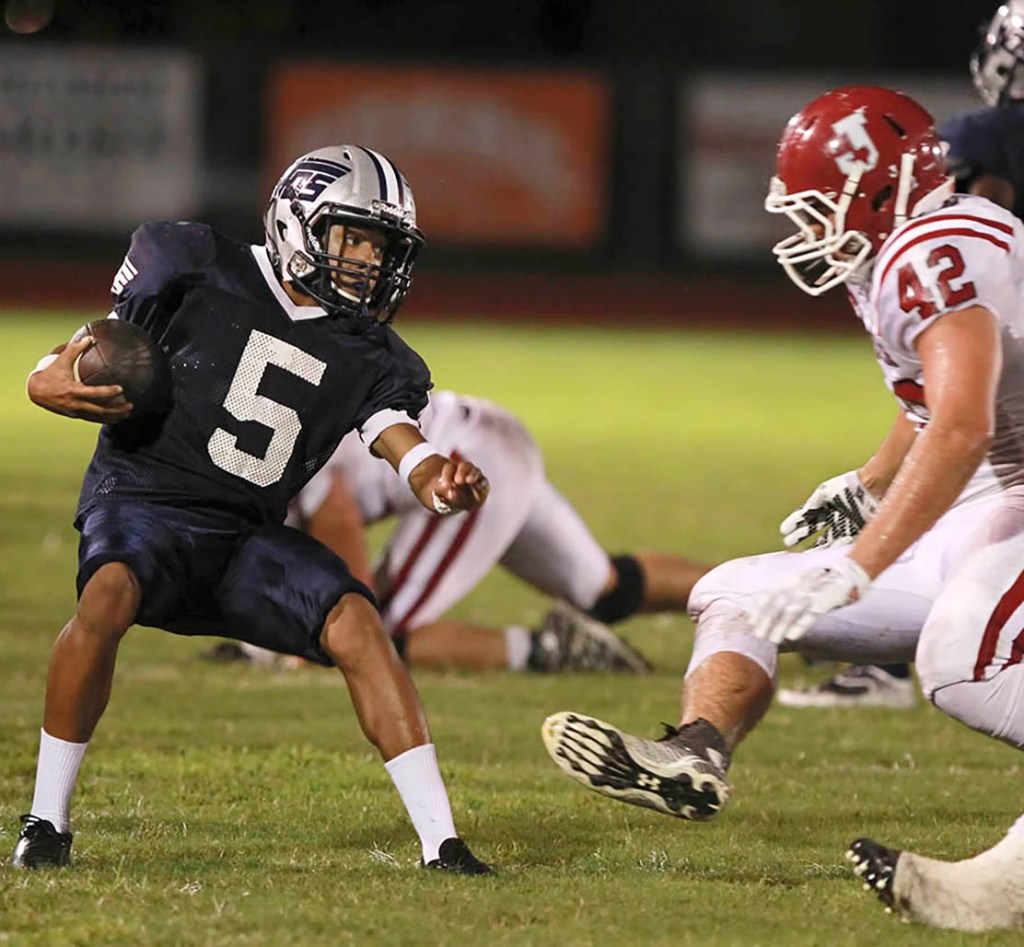 So far, they have passed with flying colors with a 3-0 start on the early resume. However, the Mustangs can’t rest on those laurels with a three-game stretch coming up, including a stern road test Friday night against a surging Silsbee unit.

The Tigers are also off to a 3-0 start and return a slew of key players off last year’s young 4-7 playoff unit.

The Mustangs are coming off a 53-0 drubbing of Jasper last week. The WO-S defense pushed back the Bulldog offense at every turn, limiting them to a mere 46 yards of total offense.

The Mustang offense gained 315 total yards despite playing on a short field all night as theyn capitalized on almost every opportunity.

Quarterback Jack Dallas has completed 42-of-65 passes for 497 yards and four touchdowns without an interception.

Mustang running backs Melech Edwards and Hancock have combined for 310 yards on 59 carries and six TDs.

Silsbee sported a young team last year that sneaked their way into the postseason. With 13 starters back, including eight on offense, the Tigers are ready to make some noise.

The Tigers are led by the likes of quarterbacks Dontre Thomas and Chase Partain. Tarvoris Brooks is a breakaway threat at running back behind a huge Tiger offensive line that has one of the state’s top prosepects in huge Patrick Hudson.

The Mustangs took down a young Tiger unit 35-0 at Hooks Stadium last year, limiting the Tigers to only 42 total yards.

Dallas was amazing in the win, passing for 264 yards and five scores. Receiver Will Johnson had five catches for 166 yards and three scores.

The Mustangs will have an extra day to catch their breath next week as they will take on Richmond Foster on Saturday, Sept. 26 at Baytown’s Stallworth Stadium