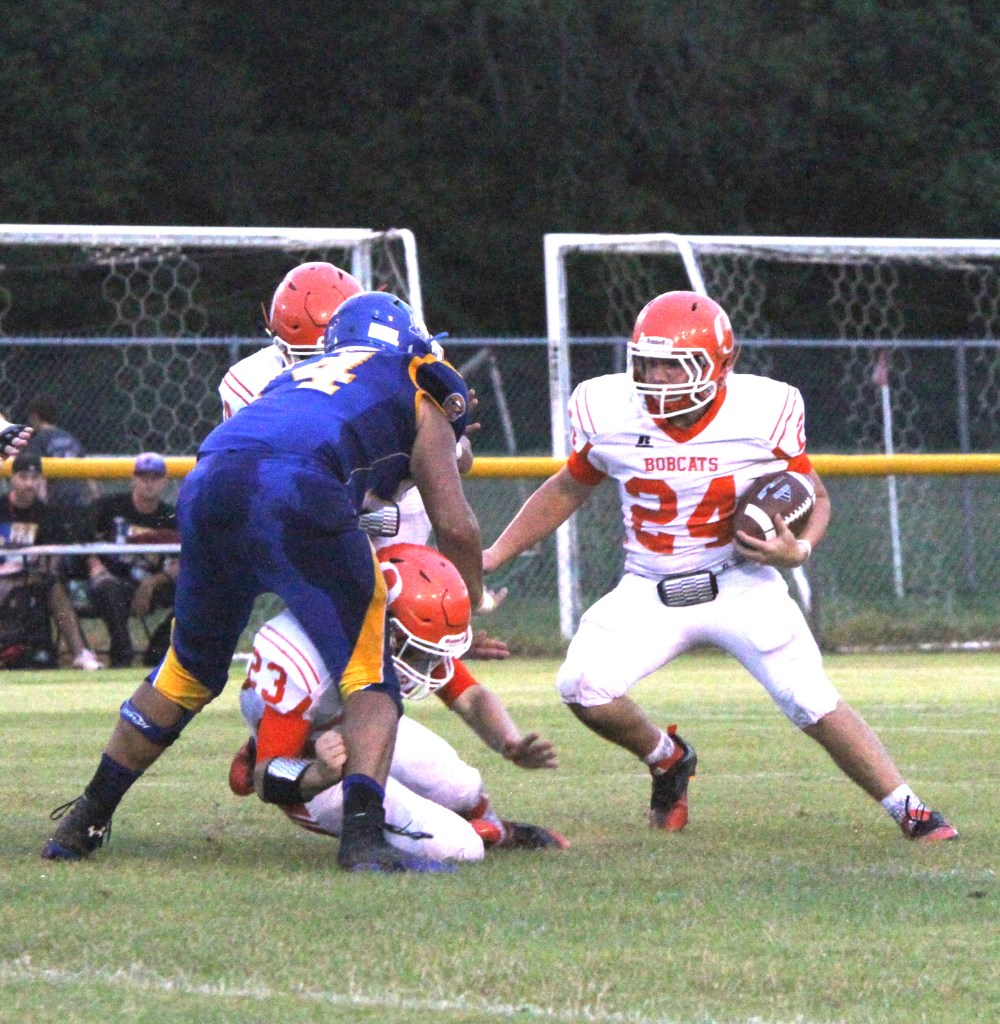 ORANGEFIELD — Trying to stay in a “defensive frame of mind” this week, the Orangefield Bobcats will look to tame the undefeated Lumberton Raiders at “the house” Friday night.

The Bobcats (2-1) stymied the Beaumont Kelly Bulldogs (2-1) at every turn last week in notching a 21-0 road victory.

The Raiders (2-0), meanwhile, will be checking in with some nice momentum after they held off the Bridge City Cardinals (2-1) for a big 19-14 road win. Lumberton defeated Hamshire-Fannett 28-27 in its opener.

The Bobcats got all of the offense they needed in the first half last week when they scored all 21 points in the first 24 minutes.

Quarterback Matthew Watkins ran for one touchdown and passed for another with the TD pass going to Christopher McGee while Moore got the other score on a running play.

The Raiders held off the Cardinals late last week, getting a pair of crucial turnovers to go their way.

The Raiders are sparked by quarterback Stephen Yarbro. Yarbro passed for over 1,700 yards last season. He passed for 103 yards against Bridge City.

Running back Tim Rhodes missed the Bridge City game last week due to an ankle injury after he rushed for 1,287 yards last season and is expected back this week. Keaton Upshaw replaced Rhodes against Bridge City last week and rushed for 92 yards and a touchdown.

The Bobcats nudged the Raiders 35-33 on the road last season despite being outgained 441-293. Bobcat backs Colby Choate and Sean Langele combined for 217 yards on 18 carries. Yarbro passed for 256 yards and three TDs.

The Bobcats will continue non-district action next week at Newton.