Bears looking to take down the Hawks 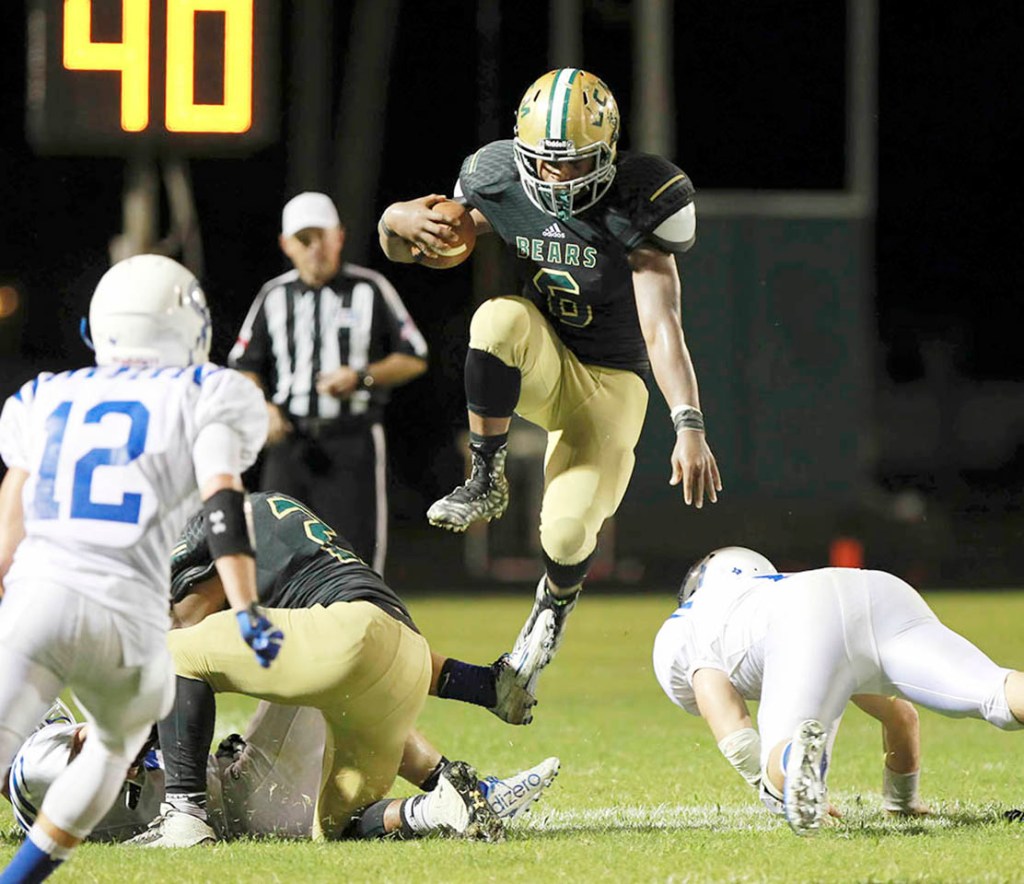 LITTLE CYPRESS – After battling so hard to pick up their first win of the season last week, the Little Cypress-Mauriceville Battlin’ Bears fell short to the Goose Creek Memorial Patriots 30-23 on the road in Baytown last week.

The Bears slipped to 0-3 but there were plenty of positive signs. They rallied back from a 23-7 deficit to tie the game before the Patriots (2-1) escaped with a home win.

The Bears will now look to rebound when they host the Hardin-Jefferson Hawks in their final non-district game at Battlin’ Bear Stadium Friday night.

LC-M put together a solid ground attack against the Patriots, rushing for 284 yards. Fullback J’Lon Douglas cut loose for 133 yards on 28 carries and a touchdown and has 240 yards on 51 carries for the season. Sam King had 99 yards on 19 totes and has 153 yards for the season and Chris Winters has 150 yards on the year.

Defensively, the Bears will look to avoid the big plays. They gave up a 99-yard TD run by GCM’s Deandre Herman and a 94-yard TD gallop by Barbers Hill’s Jacob Rogers the previous week.

After making the playoffs the last two seasons, the Hawks (1-2) got off to a slow start this year, falling to Jasper (35-7) and Beaumont Kelly (13-12) to open the season. However, the Hawks gound their running game last week in a 41-38 nailbiting win over Kountze.

The Hawks downed the Bears 27-7 at Hawk Stadium last season. H-J totaled 340 yards, rushing for 320 and they limited the Bears to just 155 total yards.

The Bears will look to close non-district on a winning note before hosting the Silsbee Tigers to start District 10-4A Division I play next week.