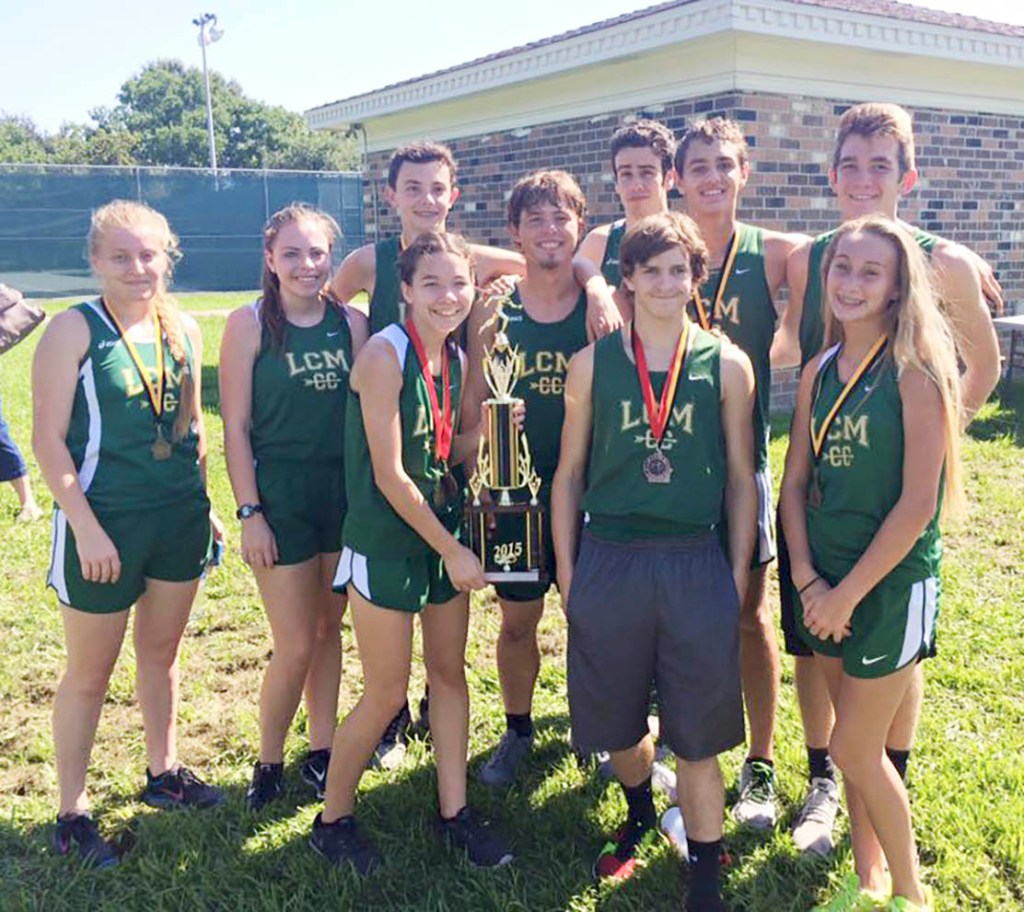 The LC-M cross country teams celebrate after both won their divisions at the Nederland Cross Country Meet.

Hunter Hammontree of Elysain Fields won the race with a 17:04.7.

Fairfield’s Morgan Coleman won the event with a time of 12:17.1.