Appeal denied for man convicted in murder of Vidor teen 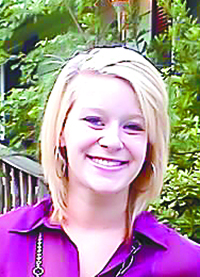 BEAUMONT — An appeals court has upheld the conviction of a man found guilty of murder in connection with the death of a Vidor teen in 2014.

The Ninth Court of Appeals recently upheld the murder conviction of Beaumont resident Kelvin Roy. Roy was sentenced to 75 years in prison in August 2014 following the death of 16-year-old Alexandria “Lexy” Bertrand of Vidor in February 2014.

Roy appealed the charge and conviction be he felt he should have been charged with intoxication manslaughter instead of murder. He also stated in his appeal that TaraLynn Brown, his former girlfriend and passenger in his vehicle, was not a “credible witness” in the case.

Roy was sentenced to 75 years in prison following his trial in Judge Dennis Powell’s courtroom in Orange County in 2014. He will have to serve at least 30 years in prison before he is eligible for parole.

Lexy died in a wreck which occurred at approximately 9:45 p.m., Friday, Feb. 7, at the KCS Railroad intersection of South Main Street and Old Highway 90 in Vidor. According to a previous story in The Orange Leader’s Feb. 12, 2014 edition, a white Honda mini-van being driven by Vidor resident April Bertrand was stopped at the red light at the railroad tracks facing south when the Mercury Sable, driven by Roy, was traveling south at a high rate of speed and launched over the grade of the tracks and struck the top of the mini-van. The crash resulted in Lexy being ejected from the mini-van.

Lexy was transported to Christus St. Elizabeth Hospital in Beaumont with what was described as “severe head trauma” and was declared dead the following afternoon after tests revealed no brain activity. She reportedly suffered a broken neck and skull fractures.

According to a previous story in the Feb. 12, 2014 edition of The Orange Leader, Roy picked up Brown at her residence in Beaumont to take to the store. Brown stated in an affidavit that Roy began “acting strange” because he “was high on ‘dip’ and had been drinking.”

Roy headed east on Interstate 10 at a high rate of speed and eventually exited in Vidor and started heading south on Main Street. Brown said as Roy became more angered and enraged, he began driving more aggressively. Brown stated Roy collided with the Bertrands mini-van intentionally in an attempt to kill her and himself.