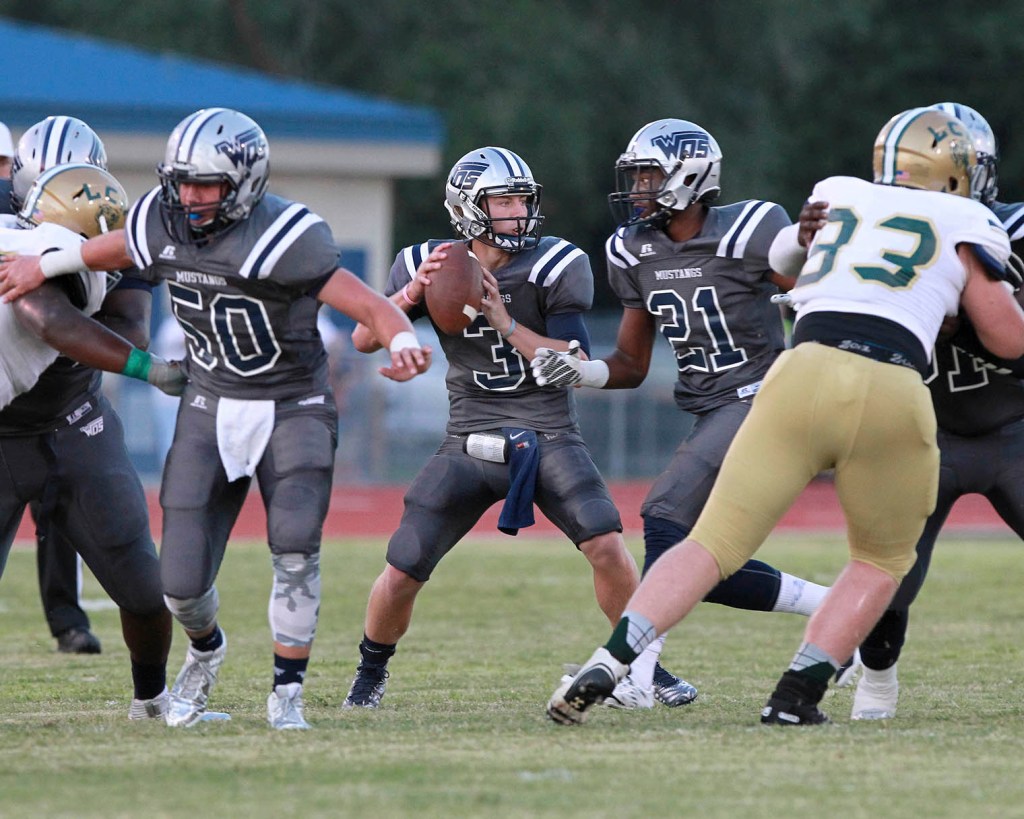 WEST ORANGE — After handling Class 5A Port Neches-Groves last week with an impressive 28-14 victory at The Reservation, the West Orange-Stark Mustangs will turn their attention to long-time rival Jasper when the Bulldogs visit Hooks Stadium Friday night.

The Mustangs (2-0) still have four more grueling dates on their tough six non-district games docket and should find no problems getting amped up for the rivalry with the Bulldogs (1-1).

The Bulldogs were impressive in their opener, spanking Hardin-Jefferson 35-7. However, Jasper had a big home “hiccup” last week as they gave up more than 500 yards on the ground to the Vidor Pirates in a 42-21 loss.

The Mustangs have averaged 368 yards a game in their wins over LC-M and PN-G and are allowing 266 yards a game.

WO-S quarterback Jack Dallas is off to an excellent 2015 campaign, completing 33-of-50 passes for 407 yards and four touchdowns with no interceptions. He has been able to distribute the leather nicely to receivers Keion Hancock (11-196), Thomas Wallace (10-101) and KJ Miller (5-70).

Melech Edwards leads the WO-S ground game with 127 yards on 25 carries while Hancock has also found time to rush for 87 yards on 10 totes.

The Bulldogs were the preseason pick to win District 10-4A Division I again with the return of 13 starters off last year’s 9-4 unit.

Jasper has som impressive weapons on both sides of the ball.

Quarterback Quentin Williams is back in the mix. The Bulldogs also have a stout backfield as well in backs Kellian Weathered and Jakeithon Adams.

The Mustangs pounded the Bulldogs in Jasper last season 34-7, limiting Jasper to 215 yards. The Mustangs had 302 yards, 208 of it via a balanced ground attack.