Cardinals look to keep it rolling against Raiders 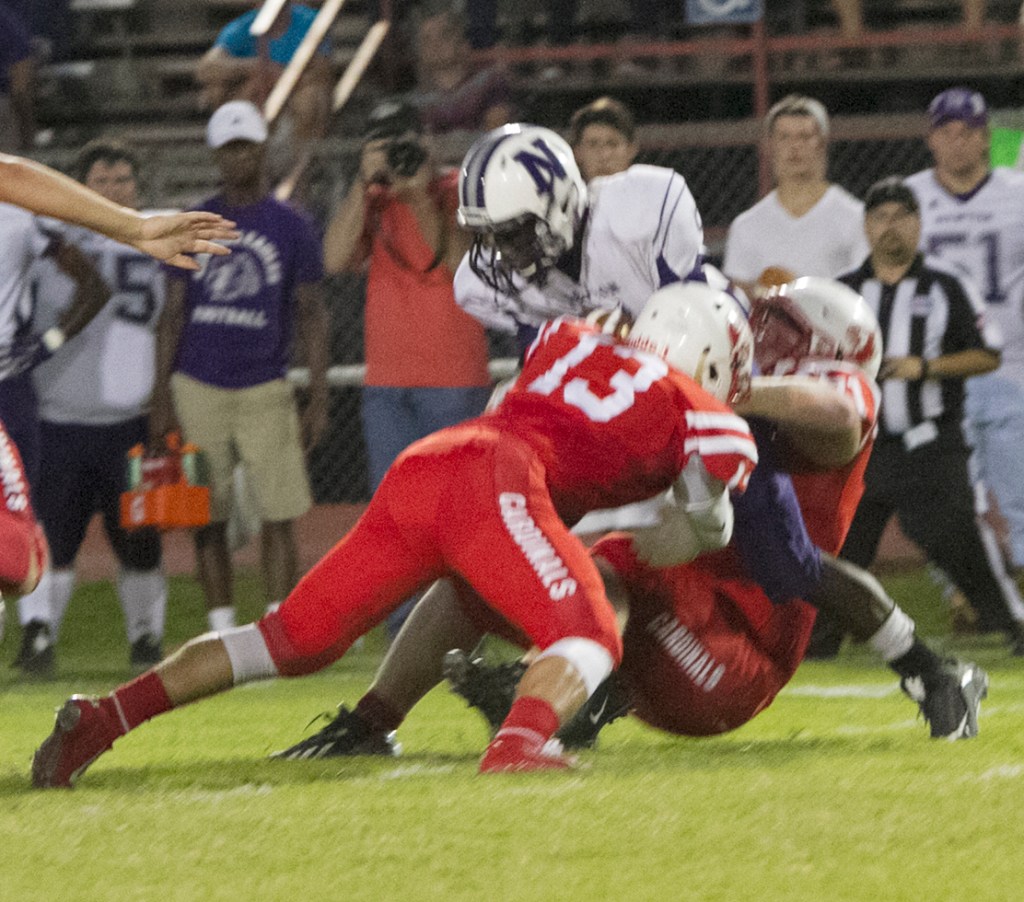 BRIDGE CITY – To say that the Bridge City Cardinals are flying high under first-year coach Dewayne DuBois would be a major understatement at this point.

These “Redbirds” are for real after toppling two state-ranked Class 3A teams in the forms of the Kirbyville Wildcats 24-21 and the Newton Eagles (18-13).

Bridge City (2-0) will now give Class 5A a test as the Lumberton Raiders (1-0) roll into Larry Ward Stadium Friday night as the Cardinals “revenge tour” continues.

The Raiders defeated Hamshire-Fannett 28-27 in their opener and had their bye last week.

The Cardinals are still adapting to their new run-oriented offense and have already flourished in it.

Running back Cayce Draper has shined behind the big Cardinal offensive line as he has scooted for 253 yards on 35 carries already.

Fellow back Patrick Morris has churned out 144 yards on 20 totes. Quarterback Camden DuBois has passed for 77 yards and rushed for 70 more.

The Cardinals have been outgained 681-560 thus far but have been stingy on defense, cashing in on big turnovers and turning them into quick points.

The Raiders are led by first-year coach Chris Babin. Babin led the Deweyville Pirates to back-to-back playoff appearances in 2012-13.

Quarterback Stephen Yarbro returns after passing for 1,725 yards and nine TDs though the Raiders have turned to a more bruising ground attack this year. Running back Tim Rhodes is a force and rushed for 1,287 yards last season while returning fullback Caleb Thomas returned with his 744 yards.

Last season, the Raiders walked away with a 43-21 home victory. That win ended a 22-game losing streak for the Raiders. Lumberton pounded out 460 total yards and limited the Cardinals to 261. Yarbro passed for 209 yards and Rhodes had 105 yards rushing.