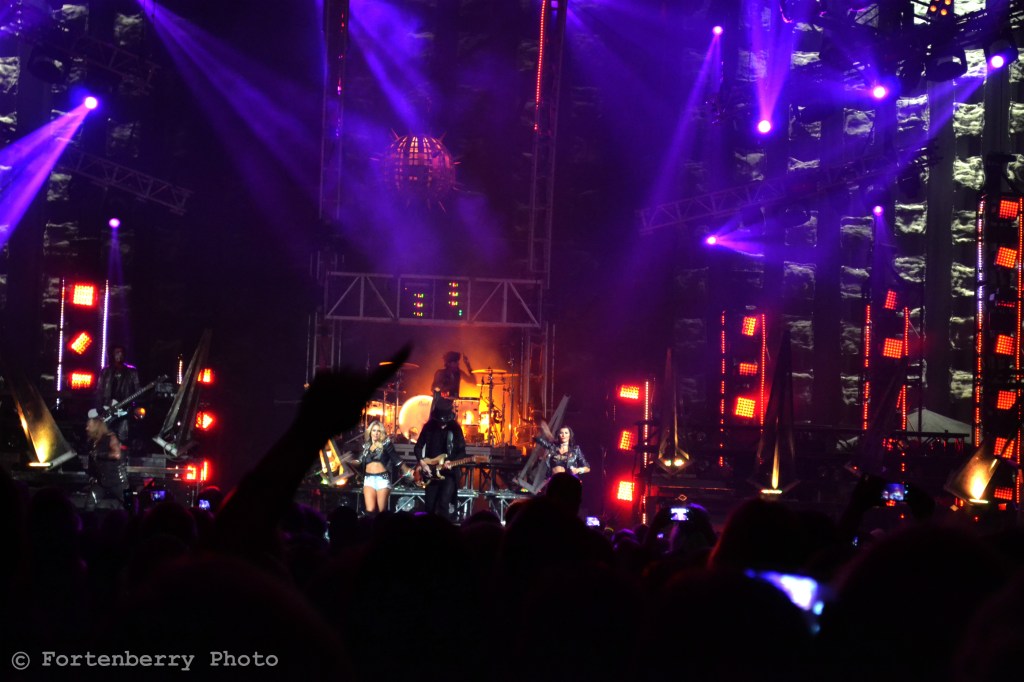 Motley Crue performed Saturday night at the Toyota Center in Houston for the final time as the group continues on its final leg of its final U.S. tour. (Matthew Fortenberry / The Orange Leader)

For more than two hours, fans of legendary rock band Motley Crue got just what they wanted and more with one of the biggest and most explosive rock concerts of the year.

Motley Crue, currently in the midst of its final leg of its final tour ever, performed Saturday night at the Toyota Center in Houston to thousands of rabid Crueheads who came to pay tribute to these rock icons one last time. The band was relentless in its performance opening with “Girls, Girls, Girls” and never wavering through hits such as “Wild Side,” “Smoking in the Boys Room,” Same Ol’ Situation,” and “Looks That Kill.”

The band always looks to out-do each previous tour and may have did so in Houston with a pyrotechnics display to rival all other bands, as well as the inclusion of the “Crucible,” the spinning roller coaster drum rail system for Motley Crue drummer, Tommy Lee.

Only a small technical glitch prior to Mick Mars guitar solo could be considered the only hiccup in the show, which was otherwise spectacular to say the least. The band ended its show with “Dr. Feelgood,” “Kickstart My Heart” and the classic tune, “Home Sweet Home.”

Rock icon Alice Cooper delivered a stunning 70 minute “warm-up” performance prior to the Crue taking the stage, and he showed why the Crue and so many others consider him an influence by mesmerizing the near capacity crowd with hits such as “No More Mr. Nice Guy,” “I’m Eighteen” and “Feed My Frankenstein,” among others.

Motley Crue has a Oct. 7 appearance in Dallas remaining on its schedule before bringing the final leg of the final U.S. tour to a close later this year. 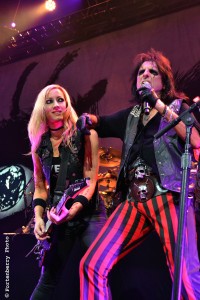 Rock and roll legend Alice Cooper, at right, along with guitarist, Nita Strauss, rocked the Toyota Center as the special guest to Motley Crue on Saturday (Sept. 5, 2015) in Houston. (Matthew Fortenberry / The Orange Leader)