LC-M put up a tough battle at WO-S last week, especially on defense where they stopped the Mustangs on two first-and-goals inside the 5.

The Bears will look to get their vaunted running game going against the Eagles this week after getting just 186 total yards against the Mustangs.

LC-M tailback Chris Winters had 90 yards on just right carries against WO-S, including a 60-yard gallop. Fellow backs J’Lon Douglas and Sam King combined for 50 yards on 19 carries. King did haul in a 49-yard TD pass from quarterback Beau Bickham. Bickham also ran for another score.

The Bear defense gave up 386 yards against the Mustangs.

The Eagles are coming off a 6-4 2014 season and welcome back 12 starters, seven on offense and five on defense.

The Eagles’ defense allowed the Tigers 436 total yards, 294 of it on the ground.

Barbers Hill managed 319 total yards, 243 of it via the ground attack.

The Eagles have a nice 1-2 punch in the backfield with tailback Jacob Rogers and fullback Hunter Gobert.

Rogers had 90 yards on 16 totes and a TD against Silsbee while Gobert zipped for 68 yards and a score on 12 carries. Quarterback Skylar Langelier will look to increase the passing game, which netted 76 yards against the Tigers.

The Eagles downed the Bears 29-14 last season in Mont Belvieu as quarterback Keaton Shaw passed for two TDs in the final five minutes. LC-M quarterback Jake Sonnier passed for 150 yards and a TD. Tailback Robert Green had 70 yards on 12 carries and had both TDs.

The Bears will travel to Baytown Stallworth Stadium next week where they will take on Goose Creek Memorial. 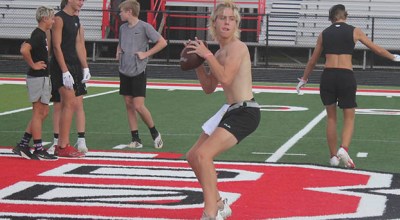 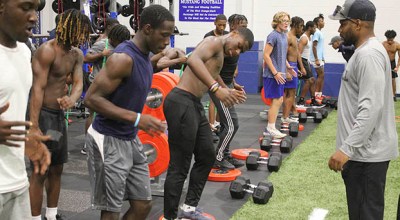