CPSO TRUSTY WALKS OFF FROM JOB 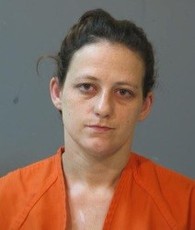 Howard is described as a white female, 5’4”, weighing approximately 115 pounds. She has been incarcerated since July 2015 and is being held for simple burglary; theft of a motor vehicle; and probation violation.

Judge David Ritchie signed a $150,000 warrant for Howard’s arrest for simple escape. Anyone with information regarding Howard is asked to call the Calcasieu Parish Sheriff’s Office at (337) 491-3605 or 911.