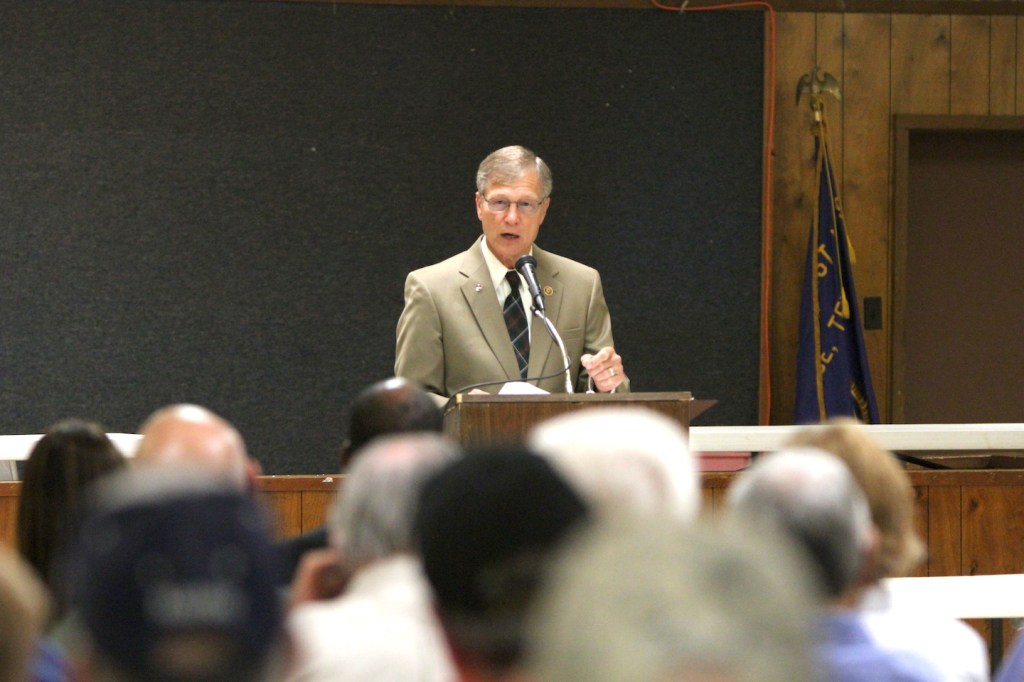 Dr. Brian Babin, U.S. Representive of Texas District 36, spoke to a large audience on Tuesday evening at American Legion Post 49 in Orange on a variety of topics, including issues related to Veterans such as difficulties at VA Hospitals. Babin wants to implement a cultural change of putting Veterans first and holding VA employees accountable for their actions. He also spoke of implementing programs to ease the transition of military personnel who are returning to civilian life.