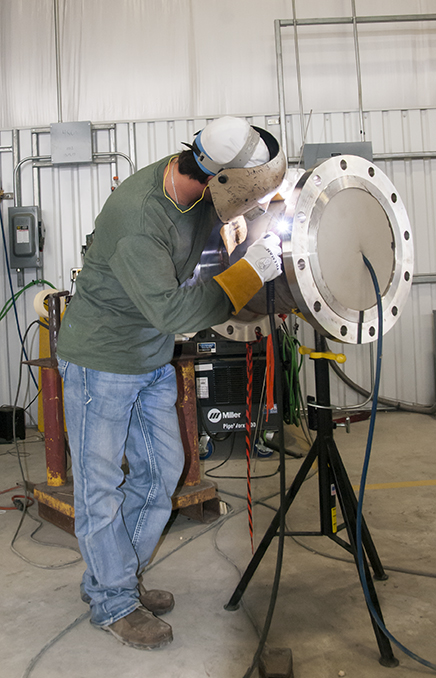 West Orange Mayor Roy McDonald welcomed the business to the city during the event on Thursday.

“I understand they are planning on hiring 40 more people this year,” McDonald said. “I want to thank you for hiring locally.”

The plant is estimated to employ and estimated 100 persons at the Foreman Road location. A tax abatement, lasting six years, requires the company to maintain the employees at the Vidor and Bridge City locations. Each employee at the new location is a new hire.

Orange County Economic Development Corporation Director Bobby Fillyaw assisted the company with finding the property and obtaining the tax abatements with the city and the county.

“It was a sheer pleasure working with them,” Fillyaw said. “They were willing to not change employment at any of their locations. It is all new hires here.”

The $2.7 million investment is the 12th location for the company, which also has Texas locations in Beaumont, Buna and Port Arthur.

STI Group has served the chemical refining, petrochemical, oil and gas production, drilling, energy, power generation, pulp and paper, and related industries since 1978 according to the official website. The company started as a three-person metal shop.

“The best thing about this company is it is a Christian-based company,” Operations Manager Gene Purkey said. “They do so much for so many people, some you may never heard of.”

Purkey has been with the company 25 years.

“They help churches and missionary groups,” Purkey said. “It is about helping the community.”

The company has offered a tour to Congressman Brian Babin.