Each year, our sweltering summers are a stark reminder of just how dependent we are on reliable, accessible energy resources. Fortunately, as Texans we are blessed with natural resources that not only make our daily lives more comfortable, but affordable as well.

But now our energy supply and the reasonable rates that accompany them are in jeopardy. Earlier this month President Barack Obama announced a plan that will saddle Texans and our job creators with burdensome regulations, resulting in higher electricity prices for everyone.

Under the new rules handed down by the Environmental Protection Agency, the country must restrict carbon dioxide emissions by almost a third in just 15 years. To force this, states are mandated to submit emissions-reduction plans by 2018. If Texas and other states refuse to comply, the federal government is threatening to do it for them.

Not only is the president’s plan another case in a long line of unilateral mandates from Washington, but the new rules will add significant costs to our electricity providers, which Texans will ultimately see on their monthly bills. The EPA itself predicts that, nationally, compliance costs will be greater than $8 billion by 2030.

And for Texas — a major, and growing, industrial state and the nation’s leader in electricity production — this translates into a job-killing regulatory regime that will disproportionately hurt Texas consumers when our energy needs are only increasing.

With our state’s population growing by more than 1,000 people every day, now is not the time to hamper our electricity supply. Two weeks ago, the state’s grid operator, the Electric Reliability Council of Texas system, reported all-time records for hourly demand two days in a row. And then last Monday, the record for electricity demand in the state was broken yet again for the third time in one week. At a time when our energy needs are at an all-time high, President Obama’s plan could shutter nearly 20 power plants in our state alone — amounting to around 15 percent of our state’s total generating capacity. Some power providers simply will not be able to operate under this plan.

The consequences of the president’s new mandates for families and small businesses will be significant; analysts predict double-digit electricity rate-increases in 43 states. And Texas won’t be exempt: One estimate suggests that Texans’ electricity and gas bills could increase by as much as 54 percent. For those on fixed incomes, including seniors, these increases will hit particularly hard, forcing them to spend a greater share of their monthly budgets keeping their homes comfortable, rather than on food and other necessities.

If the rule isn’t rolled back quickly, energy providers will be forced to make decisions that will negatively impact the reliability of the electricity grid and the availability of energy that Texans need.

Fortunately, states are already standing up to the administration’s national energy tax. In fact, 16 states have signed on to a letter urging the EPA to suspend the rules while they are taken up in the courts. In Texas, we have sensible leaders who have vowed to resist this threat to our electricity system. And Congress will play a role as well. Just last week, a key Senate committee passed the Affordable Reliable Electricity Now Act, legislation that would shield states and consumers from these draconian rules.

Texas has a strong track record of sustained economic growth. Our ability to produce affordable and reliable energy for consumers and businesses has been an integral part of our success story; but sound public policy has also played a major role.

Senator John Cornyn, a Republican from Texas, is a member of the Senate Judiciary and Finance Committees. 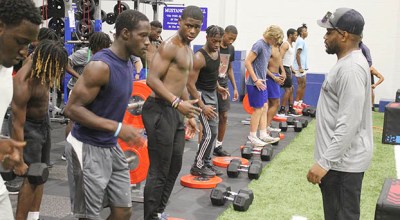 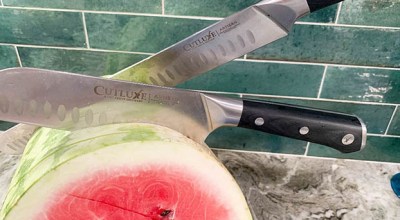 CULINARY THRILL SEEKING — Cutluxe is a cut above ordinary 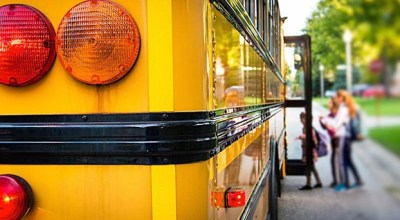