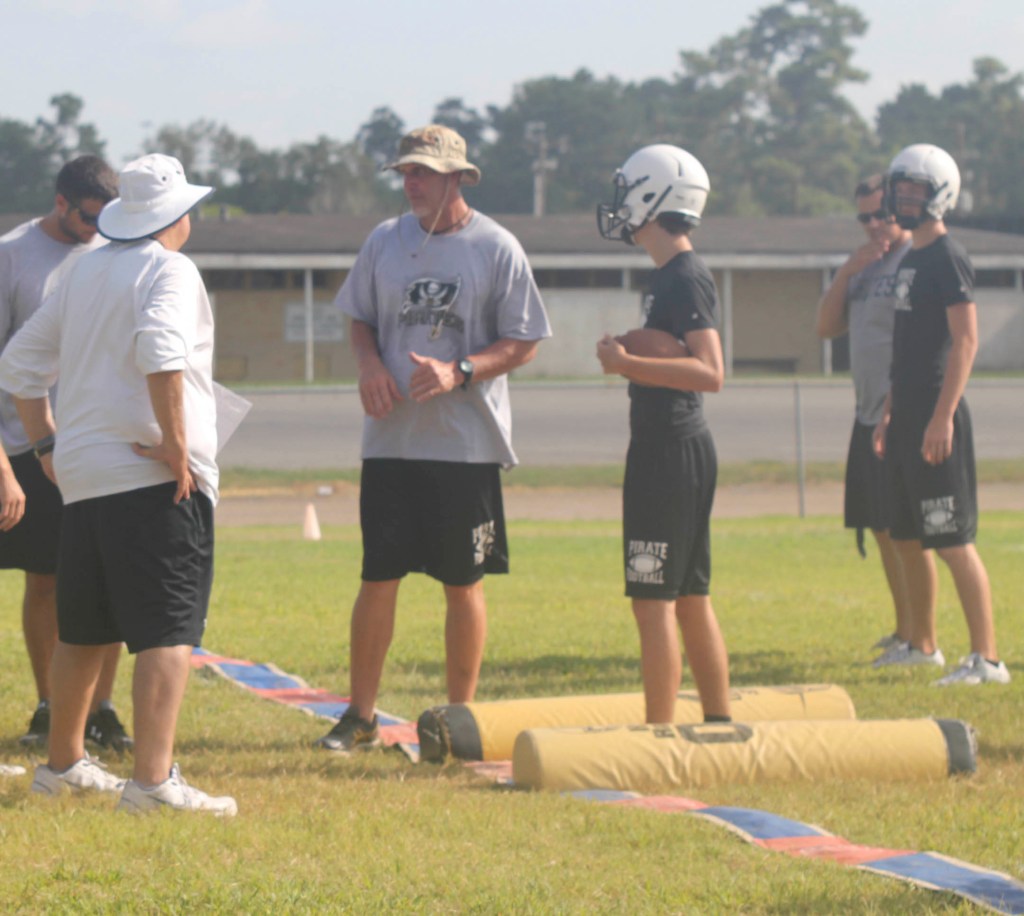 VIDOR – Practices have been exceptionally warm and humid but it has not phased the Vidor Pirates, who are expected to have a “hot” 2015 season.

The Pirates sported a young squad last year in which a lot of sophomores and juniors logged major time and Vidor wound up 3-7 overall and 2-5 in a rugged District 22-5A.

Vidor was in every game it played last year, including the seven losses, many of them being decided late in the fourth quarter.

Long-time coach Jeff Mathews and the Pirate staff can’t wait to get back on the field with the return of 17 starters and 28 letter winners.

“We had some tough losses last year but we were still so proud of the kids because we knew we were so young and yet we were still in each and every game before we wore down late,” said Mathews. “Just that alone has motivated in the offseason and out here in practice. They know that a play here and a play there and we would’ve won some more games. It’s been hot out here, hotter than ever, but the kids are so motivated and are having a blast.”

Mathews feels the Pirates will have more depth this year after many players played on both sides of the ball a season ago.

“We have about 120 kids out from 10th through 12th grade that are out here,” said Mathews. “Those are pretty good numbers for us. We look to give some kids a few more breathers this year so they can be fresher late in games. If we stay away from injuries, our depth will really be able to help us out.”

The Pirates also return two 1,000-yard rushers in tailback Haylon Leckelt and fullback Blake Rowe. Trevor Duff and Dakota Dewitt return with backfield experience and quarterback Kolby Humble is explosive after having a solid year on the JV.

“It’s rare to have two 1,000-yard backs returning anywhere and we’re proud to have that luxury,” said Mathews. “I believe we have 3,000 yards rushing back from last year. The school-record is a little over 3,800 yards for a year. It would be super if we could reach those numbers.”

Vidor will open its season at home against Panama City (Fla.) Bay City Aug. 28. They will start District 22-5A play Sept. 25 on the road at Nederland.

“We’ve got a tough schedule ahead of us,” said Mathews. “Bay City, Jasper and Channelview in non-district and then off to Nederland. I think the kids are looking forward to it and they feel like they can line up and compete with anybody.”