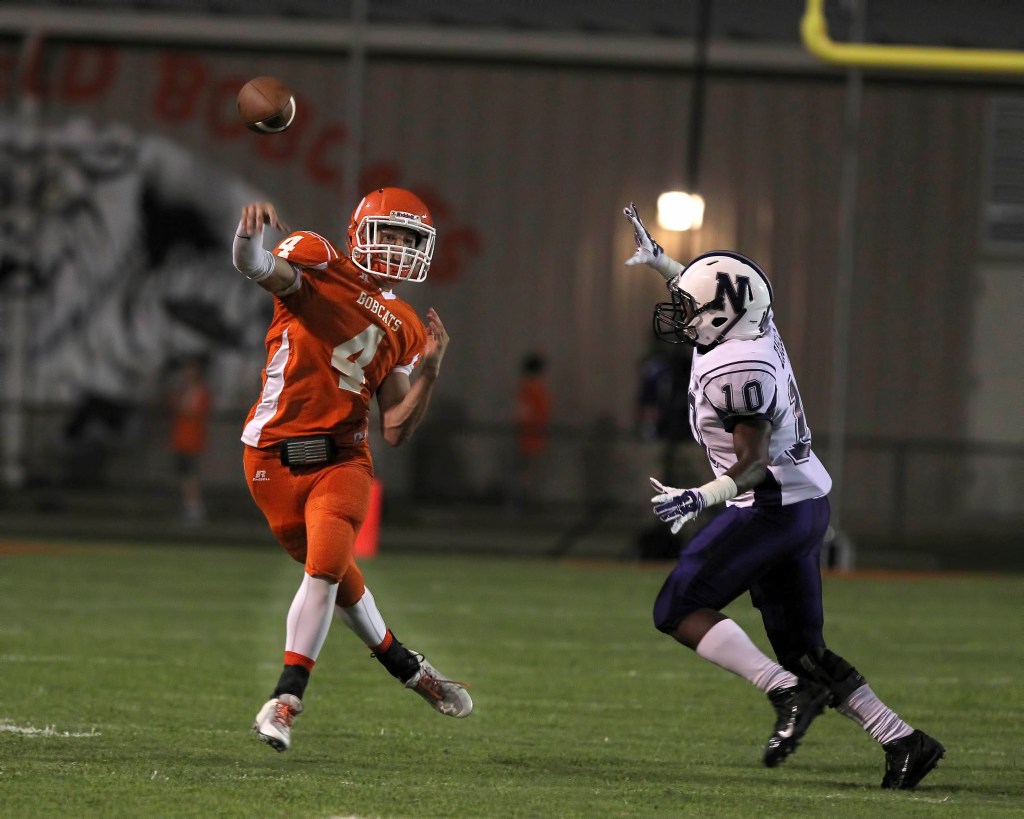 Local high school football teams will look to beat the heat Monday for the first official day of practice.

Over at Little Cypress-Mauriceville, the Battlin’ Bears will be seeking their third straight playoff appearance after going 5-6 last season and a solid 4-2 in District 10-4A Division I to snare the third-place playoff spot.

The Bears, led by coach Randy Crouch, will be looking to net the school’s first playoff win since 1997.

The Bears return five starters on offense and five on defense as they look to battle jasper, Huffman, Bridge City, Cleveland, Splendora and Silsbee for the 10-4A title.

The Bears will report to the LC-M Fieldhouse Monday at 6 a.m. to get their equipment and will hit the practice field at around 8 a.m.

The Bears’ first scrimmage will be at Port Neches-Groves Aug. 14 and they will then host Orangefield Aug. 20.

LC-M will open its 2015 campaign on the road at West Orange-Stark Aug. 28 and will start District 10-4A Division I play Sept. 25 at home against Silsbee.

The West Orange-Stark Mustangs will look to continue their momentum for coach Cornel Thompson after reaching the pinnacle last year — the Class 4A Division II State Championship Game.

The Mustangs finished 13-3 last year and won yet another crown by claiming the District 9-4A Division II title.

WO-S has made the playoffs the last 11 years and have won 10 out of the last 11 district titles.

The Mustangs will be looking for some young athletes to step up this year with just one returning starter on offense and four on defense.

All WO-S players will hit the stands at Hooks Stadium Monday at 8 a.m. They will get equipment and will go through some workout routines, including the Mustang Mile.

The Mustangs will host Nederland in their first scrimmage Aug. 14 and will visit Vidor Aug. 20.

WO-S will open their season at home Aug. 28 against LC-M and will start 9-4A Division II play Oct. 9 with a road trip to Liberty.

The Bridge City Cardinals should be fired up as first-year head coach and Cardinal alum Dwayne DuBois takes over the program after leading Hardin-Jefferson to a 19-7 record and a trip to the third round of the playoffs the last two years.

DuBois inherits a young team but one that got valuable experience last year as the Cardinals played a ton of sophomores and juniors a year ago.

The Cardinals will meet at the fieldhouse Monday at 6 a.m. There will be a team meeting at 6:30 a.m. and then they will take the field at 7 a.m.

The Cardinals will open the season Aug. 28 at Kirbyville and will start District 10-4A Division I play Sept. 25 at home against Cleveland.

The Orangefield Bobcats will look to continue their rise.

The Bobcats will be seeking their third straight playoff appearance. Orangefield picked up its first playoff win since 2003 last season when the Bobcats defeated Houston Kashmere in the bidistrict round.

Orangefield players will report Monday at 8 a.m. and will work out to about 11 a.m. They will rest about an hour and will work from noon-1 p.m.

The Bobcats will play host to Vidor in a scrimmage Aug. 14 and will scrimmage at LC-M on Aug. 20.

The Bobcats will open the season at home Aug. 28 at home against Buna and will crank up District 9-4A Division II action Oct. 9 by hosting Hardin-Jefferson.

The Vidor Pirates will be itching to get back into the postseason again.

Long-time coach Jeff Mathews and the Pirates will look to make hay in 22-5A this time around especially with nine returning starters on offense and eight on defense.

The Pirates will arrive Monday to pick up equipment at 6 a.m. and will then hit the practice field.

The Pirates will open their season Aug. 28 at home against Panama City (Fla.) Bay City and will start District 22-5A action Sept. 25 at Nederland.