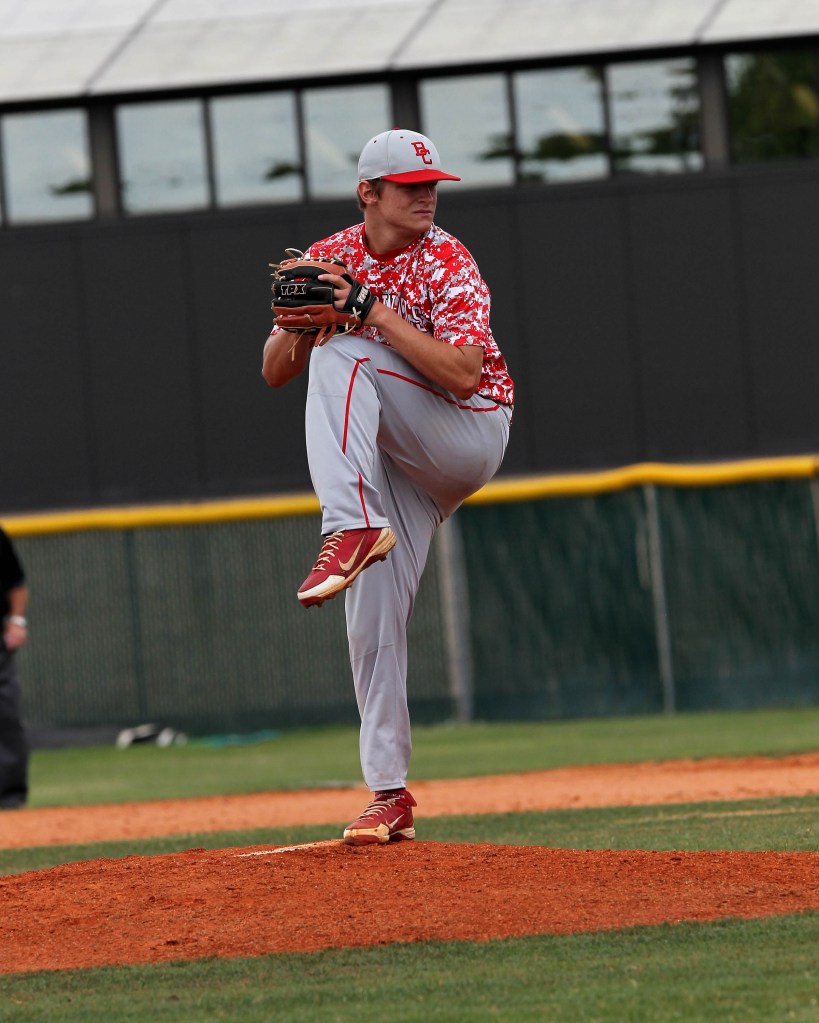 It will definitely be a baseball season to remember for Orange County as we had a team advance all the way to the Class 4A State Tournament.
The West Orange-Stark Mustangs became the first Orange County baseball team to play in a State Championship Game since the LC-M Bears accomplished the feat in 1996.
Coach Shea Landry’s Mustangs (27-11) will be remembered for blasting top-seeded El Campo 8-0 in the State Semifinals before bowing out in the title game against Argyle.
Three Mustangs ended up make the 4A All-Tournament Team in pitcher Aidan Anderson, catcher Grant Anderson and second baseman KJ Miller.
WO-S will be remembered for many other things, just on the way they battled throughout the year. The Mustangs started District 24-4A play with a 1-3 mark but won seven of their next nine games to snatch the third-place playoff berth.
They cruised through the first couple rounds of the playoffs with timely hitting and excellent pitching.
Then the Mustangs would dig themselves a hole by losing three consecutive Game Ones in series. However, they dug down deep each time with excellent mound performances, solid defense and big-time clutch hitting.
Certainly to not be overlooked is those Bridge City Cardinals, who once again Coach Chad Landry led to a district crown.
The Cardinals used amazing pitching from the likes of Chase Shugart and Kyle Bergeron and solid defense to turn back their 24-4A counterparts.
Bridge City then roped Coldspring and Giddings in the first two rounds of the playoffs before falling to nemesis Huffman in the Region III quarterfinals. Reaching the regional quarterfinals at any level is quite a feat for good teams across the state. However, the Cardinals have had that accomplishment for 11 straight years and I’m betting that no other program in the state can say that.
So now, it’s that time of year to wrap up The Orange Leader’s last All-Star Team before everyone hits the beaches.
All-Leader Teams are always a blast to do and so many kids deserve accolades. Bridge City’s Chase Shugart earns the 2015 All-Leader Baseball Team Most Valuable Player honor. It’s the second straight year for Shugart, who will be playing for The University of Texas next season.
A lot of players put up big numbers this season, but none of them compare to the Cardinal standout.
Shugart notched a 10-2 record on the mound with a 0.67 earned run average. With Shugart, many folks think about his pitching first, but his bat was phenomenal this year despite him not seeing many good pitches to hit as many opposing pitchers wanted to avoid his bat. All he did was hit .544 with nine home runs and 27 runs batter in.
So without further ado, here is the 2015 All-Orange Leader Baseball Team:
MOST VALUABLE PLAYER: Chase Shugart, Bridge City
OFFENSIVE MVP: Grant Anderson, WO-S
DEFENSIVE MVP: Logan New, Bridge City
PITCHER OF THE YEAR: Aidan Anderson, WO-S
COACH OF THE YEAR: Shea Landry, WO-S