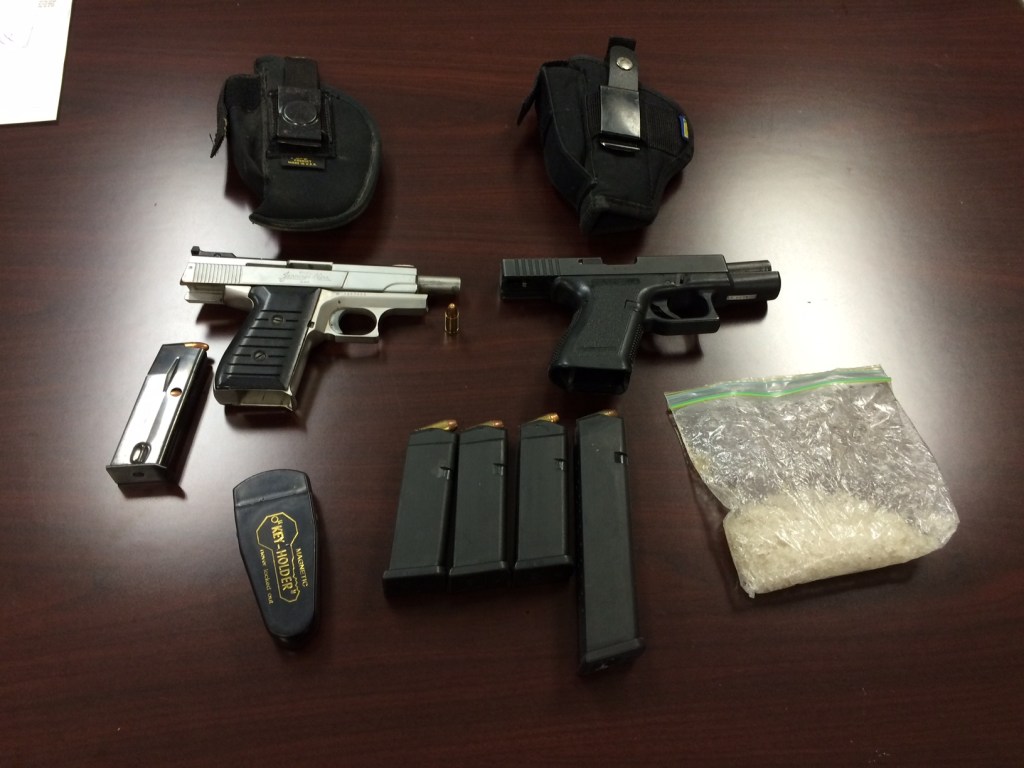 A man and woman from Louisiana were arrested Wednesday morning following a traffic stop in Rose City, which led to the discovery of weapons, ammunition and methamphetamine. (Courtesy photo)

ROSE CITY — A Louisiana man was arrested earlier this week following the discovery of what police claim to be narcotics.

Christopher Allen Thompson of Sulphur, La. was arrested following a traffic stop of his silver mini-van shortly before 2:15 a.m., Wednesday, June 10 on the south service road along Interstate 10 West just east of the Travel Plaza in Rose City.
Initially, deputies found Thompson, 33, to have an outstanding parole warrant active out of Louisiana. However, a search of the vehicle following his arrest led to the discovery of two handguns, 50 rounds of ammunition for the weapons and approximately 80 grams of methamphetamine. He was charged with possession of a controlled substance, which was enhanced to a 1st degree felony due to prior convictions, as well as unlawful possession of a firearm by a convicted felon, a 3rd degree felony.
A passenger in the vehicle, a 37-year-old female identified as Raedella Peloquin of Cameron, La., was arrested and charged with possession of a controlled substance. Both individuals were transported to the Orange County Jail.
Thompson remained in custody with no bond for his outstanding warrant arrest, while additional charges stemming from the arrest led to a bond of $170,000 following arraignment. Peloquin remained in custody as well with a $100,000 bond.