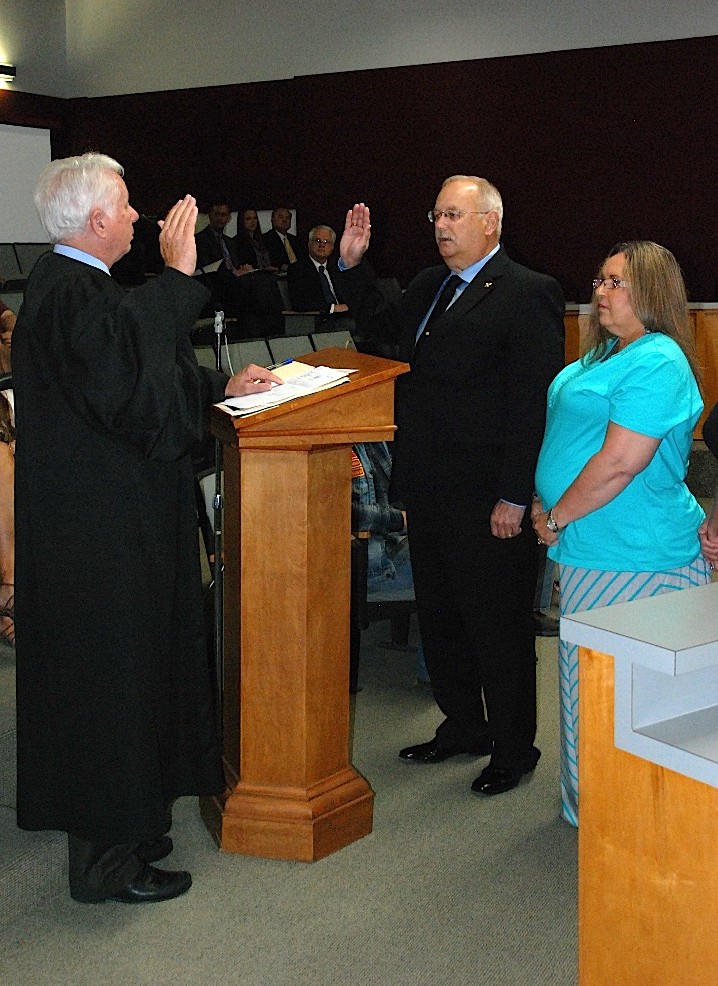 If ever an election proved one vote does indeed count, it is the District 1 race in the most recent City of Orange election. Just ask Pat Pullen.

In the May 9 election for District 1, Deborah Mitchell defeated Pullen by a final vote count of 134-133. However, with the race so close, Pullen opted for a recount.
Pullen is probably glad he decided to request a recount because the results did change, by one vote in Pullen’s favor, which made him the winner of the District 1 race by a total of 134-133.
“I had to ask for a recount,” Pullen said following the election recount on Monday at the Orange County Election Administration office on Border Street in Orange. “If I didn’t, it would be one of those things that you always wonder about for the rest of your life. It was just one vote, so I had to do it.”
The recount process took approximately one hour. The recount cost Pullen $60 per box for the recount for a total of $120 for the early voting ballot recount and the election day ballot recount. However, since Pullen won the recount, his fee would be refunded.
“A recount is different,” Pullen added. “It has its own process. There’s a reason for it, and this was good example of that reason. Sometimes there is human error, and this recount fixed that.”
Mayor Jimmy Sims of Orange, who won re-election as mayor on May 9, announced the results following the recount.
“It was a complete reversal,” Sims said of the previous results. “As mayor, I got to witness a process which has been well designed by the Secretary of the State of Texas.”
Sims said there approximately 10,000 registered voters in the City of Orange, but only a small percentage of those voters exercise their right each year.
“We had about 1,300 people vote in our election this year, and that’s disappointing since we have so many registered voters,” Sims continued. “Hopefully, people in this city will find time to vote in the future. We took ample time to make sure each vote was counted in this one particular race. This is a classic example that every vote does count.”
The City of Orange canvassed its election results on Tuesday morning and issued the oaths of office to Pullen in District 1, to Sims as Mayor and to Wayne Guidry in District 2.