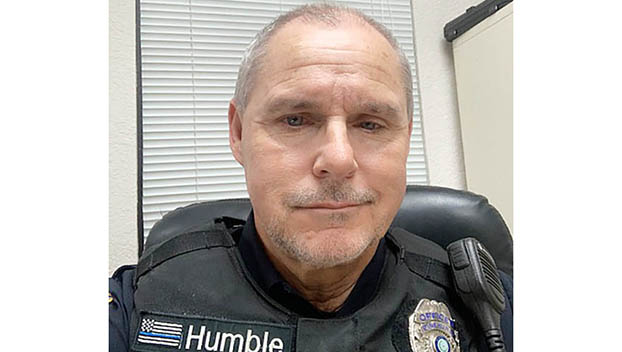 PINEHURST — The position of police chief at the Pinehurst Police Department is in new hands as Chief Jimmy LeBouef retires.

The Pinehurst City Council unanimously named Chris Humble as their new police chief during a special meeting Nov. 21. Humble, is, just that.

“I was excited but also honored due to [the fact] there were several other quality officers that were also involved in the process,” Humble told Orange Newsmedia.

Humble has been with the department for approximately seven months and has served as a peace officer for 31 years.

“I am fortunate that I was able to have worked with all the officers here at Pinehurst and have established a great rapport with all of them, as well as the current Chief, Jimmy LeBoeuf,” Humble said. “I have worked with Chief LeBoeuf for approximately 20 years in many capacities while working with the Orange County Sheriff’s Office.”

LeBoeuf says Humble will be in good hands as the community cares a lot about the police department and city workers.

“Working and serving the City of Pinehurst is like being a member of an extended family,” LeBoeuf said. “The city has a lot of support from the citizens and the businesses that help to make the city run and thrive, which enables the city to be successful.”

Humble knows the transition brings some challenges, but he believes the foundation LeBoeuf built allows the department to move in the right direction.

“Due to Chief LeBouef, I couldn’t have a better foundation to build on,” Humble said. “My plans for the Department are to continue to build a good relationship within the community to maintain the confidence of the citizens of Pinehurst, as well as a good, friendly working relationships with those on the City Council and all other employees who have voiced their confidence in my becoming the new chief.”

LeBoeuf steps down as chief after just 20 months — the third time this officer has retired. He retired from the Orange County Sheriff’s Office after 28 years, then from the Lamar Institute of Technology (LIT), where he served as director of the regional police academy before being asked to take the police chief position.

“While I was in the position of chief of police, I was able to carry on the work that Chief [Fred] Hanauer had done and made some changes to improve how the department operates and serves the citizens,” he said. “Chief Humble will continue to serve the citizens and businesses of Pinehurst. He has a wealth of knowledge and is always able to develop a good rapport with any community that he serves.”

While Leboeuf doesn’t have any specific plans for retirement, he knows his family is excited to have him at home.

“The good thing about being retired is that you don’t have to have any plans, and every day is Friday,” LeBoeuf said. “I still plan on reserving with the Pinehurst Police Department and assisting with the transition to help the new chief, Chris Humble.”

Humble is looking forward to the new position and the continued growth of the city.

He doesn’t want the residents and business owners to have any reservations about contacting any of the city’s administration in order to voice their concerns.

“All of the businesses and citizens within Pinehurst need to know that their best interests and concerns are important, and the city officials will work diligently in meeting those various needs,” Humble said.