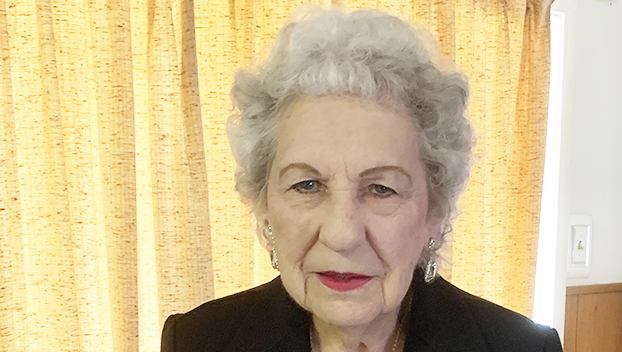 Funeral services will be held at 2:30 p.m., Saturday, December 10, at First United Methodist Church in Orange.

Officiating will be Reverend Lani Rousseau.

Born in Redstar, West Virginia, on January 25, 1932, she was the daughter of Joseph Dover and Ollie Mae (Addison) Dover.

Malissie was a part of the Caring Ministry at First United Methodist Church in Orange, where she was a faithful member and would often volunteer to serve communion for church services.

She was also a member of the Golden Triangle Rose Society, along with the National Rose Society. Malissie took great pride in her rose collection, growing over 275 varieties of rose bushes.

She was a well-known staff member at the Lutcher Theater, where she collected tickets for over 35 years. Malissie had an amazing sense of humor, and her memory will be cherished by all that knew her.

She was preceded in death by her husband of 63 years, William “Bill” Bailey; her parents, Joseph and Ollie Dover; her grandson, William Emery Richard; her brother John Thomas Dover; and her nephew, Darrell Dover.

She is survived by her daughter, Sylvia Hicks and husband Mike; her son, William P. Bailey, II and wife Melissa; her grandson, Doctor Eric Bailey and wife, Doctor Kimberly Bailey; her great-granddaughter, Kiera Bailey; her niece, Dorothy Dover Zerkle; and many other loving friends and family.

Serving as pallbearers will be Jared Savoie, Quentin Savoie, and Kyle McMillan.

In lieu of flowers, memorial contributions can be made to First United Methodist Church, 502 N. 6th Street, Orange, Texas 77630.