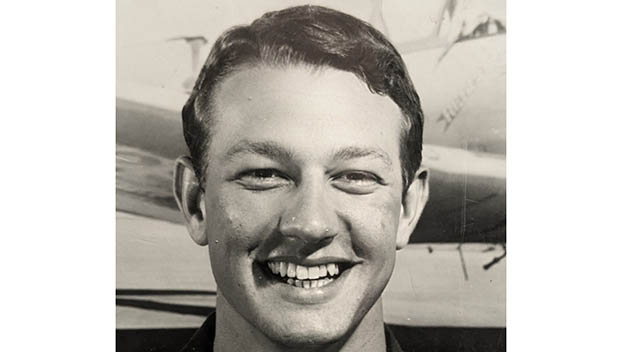 He was born on June 10,1949 in Baton Rouge, LA to Daisy Barre Simmons and Delmar McCollister.

Soon after birth, Pops realized he was on the wrong side of the Sabine River and Daisy realized she was married to the wrong man.

He was eventually adopted by John Walton Simmons I, the man he considered his father, and was raised in Orange, TX. Pops attended Allen Academy in Bryan, TX and graduated as Valedictorian.

After receiving an appointment to the United States Military Academy and attending West Point for a semester, the United States Army (and Pops) decided Texas A&M University was better suited for his “personality.”

After his first semester at Texas A&M, he and Texas A&M decided his personality was better suited for the Marine Corps.

Pops excelled in the Marine Corps and was selected for OCS and eventually flight school where he piloted the A6 Intruder.

While in the Marine Corps, he met Jacqueline (Jackie) Eagle. He and Jackie were married in All Faiths Chapel on the campus of Texas A&M University, after he was honorably discharged from the Marine Corps, and was readmitted to Texas A&M.

His second trip to College Station was much more successful than his first and he graduated with Bachelor’s and Master’s Degrees from Texas A&M in business.

After college, Pops began a career in banking, working briefly in Dallas, TX and Denver, CO before settling in Midland, TX.

Pops was fiercely committed to his children and wasn’t afraid to let anyone know it. Anyone who knew him, heard about his boys, one of whom became a surgeon, another a lawyer, and another a… government employee.

Two out of three ain’t bad.

Pops and Nancy worked together at Wells Fargo and despite her best efforts, Nancy couldn’t resist his undeniable good looks and charm.

He and Nancy were married in October, 2005 and together helped to raise Nancy’s son, Taylor Reece.

Pops retired from Wells Fargo in 2015 and moved with Nancy to College Station, TX.

Pops will be remembered by those closest to him as a loving husband, father, and grandfather who was always willing to give sage advice and a listening ear (as long as the TV wasn’t on).

He gave the best dad speeches to those willing to listen and had some great dad jokes.  One of his favorites was asking if anyone minded salt on their chips at a Mexican restaurant… while already salting the chips.

Pops had strong shoulders, a kind heart, and a unique ability to provide advice without judgment to those he loved.

He will truly be missed.

Pops was preceded in death by his mother, Daisy, and his father, John I.  He is survived by his wife, Nancy of College Station, sons John II (Meghan) of Acworth, GA, Drew (Jennifer) of Magnolia, TX, Matt (Natalie) of Sugar Land, TX, Brian Wade (Traci) of Tampa, FL, and Taylor Reece of San Marcos, TX, and his brother, Kenneth McCollister (Carolyn) of San Antonio, TX.  He is also survived by his 8 wonderful grandchildren, Jacob, Autumn, Brooke, Luke, Joe, Kyle, Molly (Bacon), and David.

Pops requested no services be held in his honor.

In lieu of flowers, the family requests that memorial donations be sent to the Texas A&M Foundation, 401 George Bush Drive, College Station, Texas 77840.

Please designate gifts to the “Barre W. Simmons ’71 Sul Ross Scholarship” in the memo line of the check.