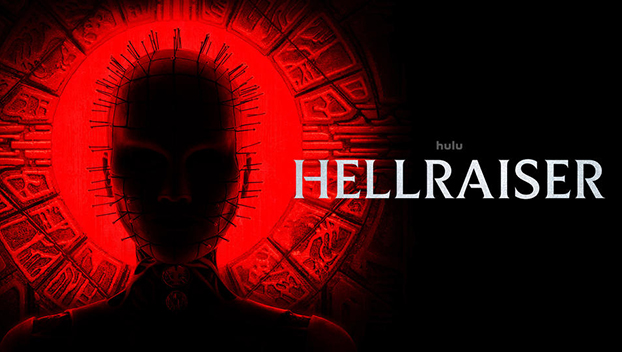 I remember being a little confused while watching the original “Hellraiser” back in 1987.

The plot was a confusing mess, but the monsters had a creepy-cool S&M vibe, which was just enough to make the film into a horror hit back in the day.

Hollywood producers are always hoping lightening will strike twice with their films, so they quickly churned out a sequel that was almost as successful as the original. Then they churned out another sequel.

There are now 11 films in the “Hellraiser” franchise, with the latest arriving on Hulu this weekend. The mythology behind the story is still messy, but the demonic creatures are scary enough that the new film should prove to be a minor horror hit.

Dare I say it?

I think that this new film ranks among the best in the “Hellraiser” franchise —although that’s not exactly high praise considering how bad the latest movies have been.

The new story follows a young woman (Odessa A’Zion) who is struggling with substance abuse. She steals a mysterious box, hoping that it’s valuable. It turns out to be a supernatural puzzle box that summons the Cenobites, which are flesh-torn demons that quickly come to drag the woman’s friends and family off to hell.

Chief among these demons is Jamie Clayton, playing Pinhead. Having a woman play the main monster is a nice twist, but all of the Cenobites are pretty creepy.

Best of all, the filmmakers are smart enough to let us see the monsters early and often, although the film is very dark. Still, I must admit that I paused the playback a couple of times in order to get a good look at the creatures.

It shouldn’t come as a surprise that this is film that revels in blood and gore. The Cenobites are all about cutting and transforming the flesh. If that makes you squeamish, then this film is not for you.

The same is true if you’re a fan of genuine drama mixed in with your scares. I appreciate that the filmmakers hoped to create fully realized characters in this latest film, but very little of the acting resonates here.

To be fair, it’s hard to make an audience care about a character’s struggles with addiction when they spend most of the movie running around and screaming because demons are chasing them.

Which means the latest “Hellraiser” film has the same pros and cons found in the original. The acting is mediocre, and the story doesn’t make much sense, but there’s plenty of gore, lots of cool monsters and some nice production design.

Best of all, the new film is miles ahead of those recent, straight-to-video releases.

Long-suffering fans of the franchise should be happy. Even Clive Barker, creator of the series, seems pleased with this new movie, although let’s hope it doesn’t spawn another ten movies.

With the “Hellraiser” movies, a little goes a long way.