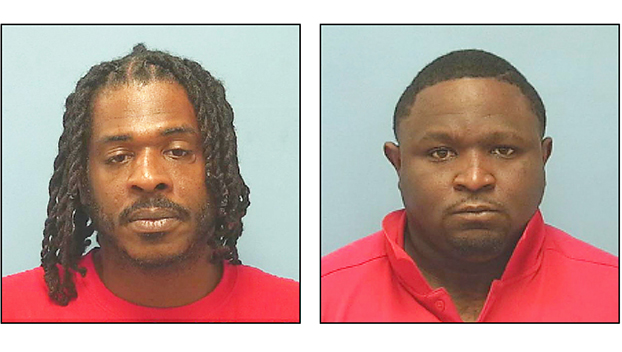 Those who pleaded guilty this week include Michael Lawrence Geral Jr., 35, and Joseph Jarred Thibodeaux, also known as Pitt, who is 34.

According to information presented in court, an Orange Police Department officer stopped Geral Dec. 13, 2021, for a traffic violation.

As officers spoke with Geral, they smelled the odor of burnt marijuana coming from the vehicle.

A police search found a firearm, which Geral admitted was his. Geral is a previously convicted felon and prohibited from possessing firearms.

On March 7, Orange Police Department officers responded when Thibodeaux was reported to have fired several shots from his vehicle towards another vehicle in Orange.

Officers arrested Thibodeaux, and a search of his vehicle revealed a firearm under the driver’s seat and several used shell casings.

Thibodeaux is a previously convicted felon and prohibited by federal law from owning or possessing firearms or ammunition.

According to Featherston, the defendants face up to 10 years in federal prison.

The Bureau of Alcohol, Tobacco, Firearms and Explosives, as well as the Orange Police Department, investigated the cases.