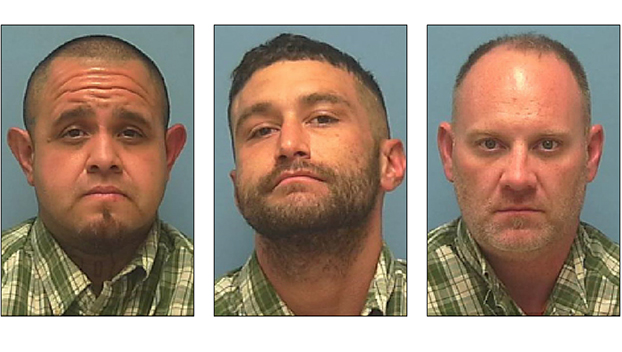 At approximately 7 p.m. Wednesday, the Orange County Sheriff’s Office Narcotics Division, with the assistance of the county SWAT team, criminal investigation division and Vidor Police Department, executed a narcotics search warrant in the 800 block of Ferndale Street in Vidor.

According to the Sheriff’s Office, this search warrant was obtained after an investigation into the distribution of controlled substances in the Vidor area

Amounts of methamphetamine, cocaine, marijuana and stolen property were located, recovered and seized at the location, police said.

After the investigation three men were arrested for the following charges: