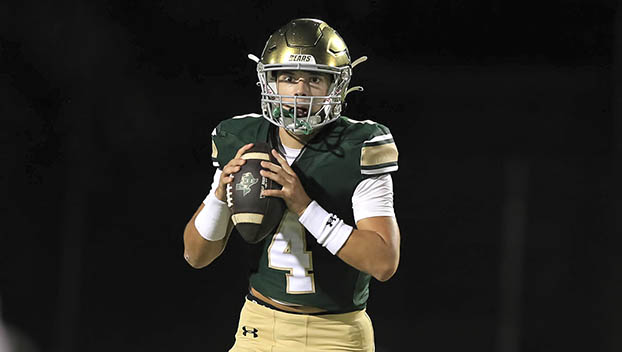 LITTLE CYPRESS – It was quite the bash last Friday night as the Little Cypress-Mauriceville Battlin’ Bears got to play on their new turf field for the first time. They came away with a 50-34 victory over Spring Legacy in their last non-district game.

However, the Bears (3-2) can’t rest on those laurels as they will be back to loading up those “yellow wagons” for back-to-back road trips at Vidor and Livingston for District 10-4A Division I play.

“Man, the atmosphere was so electric last week, and it was a blast for the kids and coaches to play in front of a packed house,” said LC-M coach Eric Peevey. “It was fun while it lasted but know it’s back to being real, which is district play. This is the time of year you want to be clicking on all cylinders in every phase of the game. It’s not like we are going on the road like we did for the first six weeks, but these next two road trips back-to-back is going to be so important.”

The Bears and Pirates (2-3) shared the 10-4A Division I title last season, but it was the Pirates that claimed the district’s top playoff seed due to a 29-12 victory at LC-M last season.

The Pirates got off to a shaky start, starting the season with three straight losses before bouncing back to defeat Lake Charles St. Louis and Trinity Christian Academy in their last two tilts.

“Coach (Jeff) Mathews will always have the Pirates bringing it,” said Peevey. “I think they had like 16 turnovers in their first three games, which was very un-Pirate like. Even then, they were moving the ball. When you start getting into that fourth and fifth game of the season, that’s when you want to see everything starting to click. That is what the Pirates have done in their last two games. They will be ready to go at their place and will be rested after their bye week.”

The Pirates will be looking to get their vaunted Slot-T offense humming. Their offensive line has improved tremendously and avoided a lot of the penalties that were hampering them early in the season. 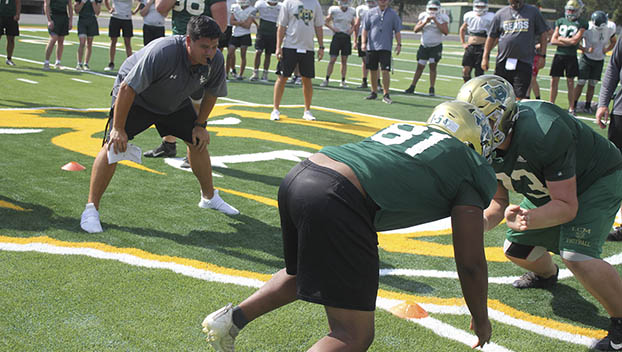 Quarterback Jarrett Odom, along with tailbacks Dane Villadsen and Issac Fontenow and fullback Jason Watson, are tough to bring down and always going forward.

The Bears lean on a stout defensive front with the likes of senior defensive ends Amier Washington and Jarvis Riley, along with senior lineman Jose Molina, who had a nice outing against Spring Legacy.

“It’s a typical Vidor team, one that is just fine picking up those three, four and five-yard gains and they like to just wear you down and move those chains,” said Peevey. “They have always ran that offense well. When they get it going, you better take advantage on when you have the ball, because you may not have it much. It can really be tough to stay patient because when you play them, it is always a grind.”

The Bears want to keep their offense humming after gaining 402 yards against Spring Legacy.

Senior quarterback Dean Reynolds had a huge accurate night, completing 16-of-21 passes for 221 yards and found numerous receivers in doing it. Running back Da’Marion Morris had another big night on both sides of the ball.

“We’re going to have to get some of our guys in space and come up with some plays, because we have to keep those chains moving, too,” said Peevey. “We would love to get some of those nice long sustained drives. It should be a good one, and it will more than likely be another packed house, both our fan bases can bring it.”