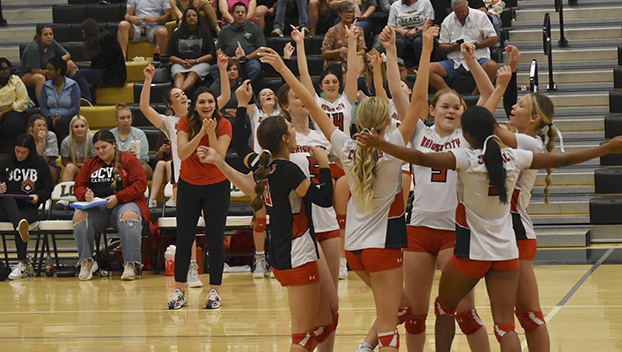 The Bridge City Lady Cardinals rolled in a sweep of Jasper to stay perfect in District 22-4A play. 9Courtesy Photo)

JASPER – The Bridge City Lady Cardinals remain undefeated in District 22-4A volleyball play after a 25-7, 25-4, 25-14 victory over the Jasper Lady Bulldogs.

ORANGEFIELD – The Orangefield Lady Bobcats made quick work of the Kountze Lions in District 22-3A volleyball play, rolling to a 25-13, 25-13, 25-13 victory at Bobcat Gym.

Kylie Mouton and Greenlea Oldham had five kills apiece and Harleigh Rawls had four as the Lady Bobcats improve to 4-2 in 22-3A play.