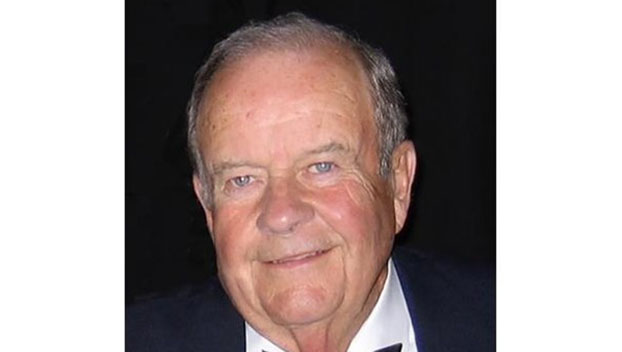 Ray Moore passed away on June 24.

Southeast Texas lost a golfing icon and one of the most classy gentlemen to ever tee it up in these parts, with the passing of 90-year-old Ray Moore on June 24.

Moore, a long-time Beaumont attorney, was best known in recent years for being the co-owner and operator of Idylwild Golf Club near Sour Lake. With the former Pinewood Country Club in dire straits, Moore and Ronnie Pfleider teamed up to purchase and upgrade it.

The name change to Idylwild was Moore’s idea after he and his wife, Mary, had taken a vacation to Idyllwild, California, and fallen in love with it. They did drop one of the L’s from the spelling.

Among Moore’s biggest splashes with Idylwild was securing a professional golf tournament called the Senior Series for a time in the mid-90s. The Senior Series boasted outstanding players who were just a notch below getting on the PGA Champions Tour.

One of the participants was Moore’s old army buddy and teammate on the All-Army team, Orville Moody. For those in the younger generation, Moody, aka Old Sarge, won the U.S. Open when it was played at Houston’s Champions Golf Club in 1969.

“Ray Moore was a special guy who loved the game of golf as much as anybody I’ve ever seen,” Pfleider said. “Hurricane Harvey nearly wiped us out, and some other storms hit us hard, but we always managed to get it back open. It was Ray’s pride and joy.”

Moore grew up in Beaumont, was a standout junior golfer, played golf at Lamar when it was a two-year school in the late 1940s, then received a scholarship to play at SMU. He sharpened his game while playing on the All-Army team and wound up in the cushy job of teaching generals.

According to many accounts, Moore was good enough to play the PGA Tour, but the pursues were so small he didn’t feel he could make a decent living. For example, there was a PGA Tour stop at Tyrrell Park in Beaumont in 1961 and 1962. First place paid $2,800.

“I watched him play,” said veteran area club pro Ed Campbell. “There is no doubt in my mind he could have made it on the tour. But he did what he had to do to support his family. I know one thing for sure. You would be hard pressed to meet a nicer guy that Ray.”

Amen to that from a writer who had the joy of playing golf with Moore, and getting to know him fairly well. The rounds we shared at Idylwild and, occasionally Beaumont Country Club, were a treat. And I’m betting Bruce Lietzke has already welcomed Ray to the great golf course in heaven with open arms.

Services for Moore were Wednesday at Wesley United Methodist Church in Beaumont.

Golf news can be emailed to Bob West at rdwest@usa.net.