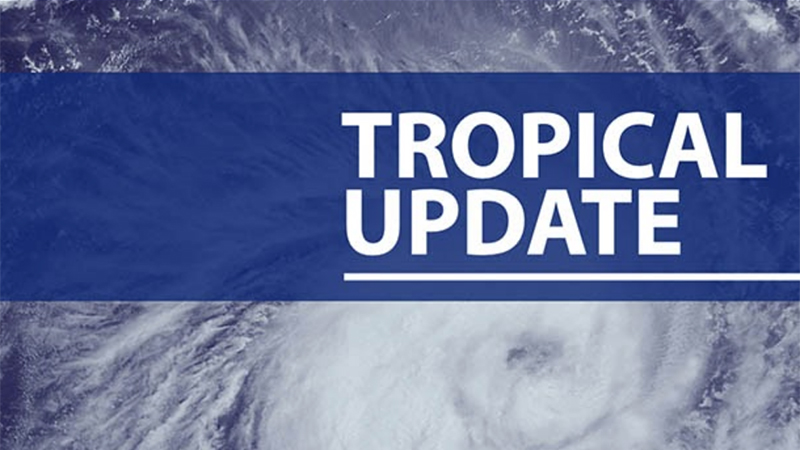 Weather officials continue to monitor three areas for tropical development, including a system that threatens Orange County and all of Southeast Texas.

Closest to home, there is an area of low pressure over the northwest Gulf of Mexico with disorganized showers and thunderstorms. 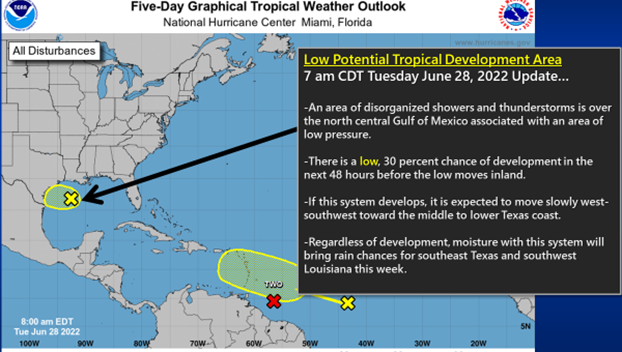 This low has a 30 percent chance of tropical development as it moves west-southwest toward the middle to lower Texas coast and before moving inland on Thursday.

Some extra moisture with this system will help bring a chance for showers and thunderstorms this week across Southeast Texas, as well as southwest, south central and central Louisiana.

Otherwise, no significant impacts are expected for this area.

Potential Tropical Cyclone 2 is likely to become Tropical Storm Bonnie later today as it moves into the Caribbean Sea. 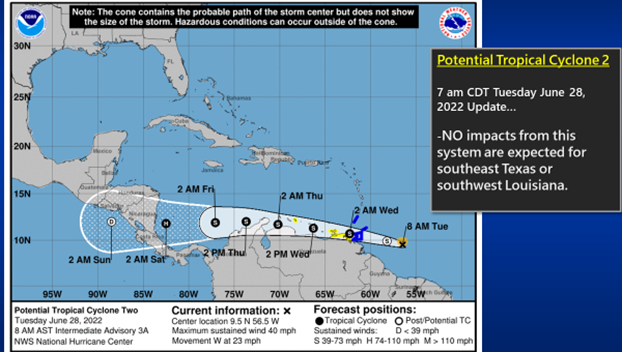 No impacts from this system are expected for Southeast Texas, as well as southwest, south central and central Louisiana.

Finally, there is a tropical wave over the middle Atlantic more than a 1,000 miles east of the Windward Islands. There is a 20 percent chance for tropical development over the next five days as it moves west-northwest into the Caribbean Sea.

This system is several days away and it is too early to say if the system will reach the Gulf of Mexico and have any impacts for Southeast Texas or southwest Louisiana. 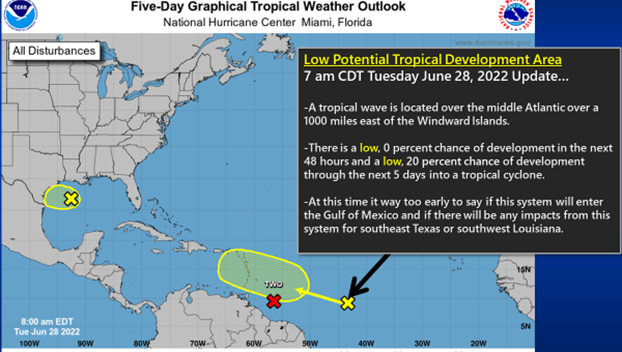