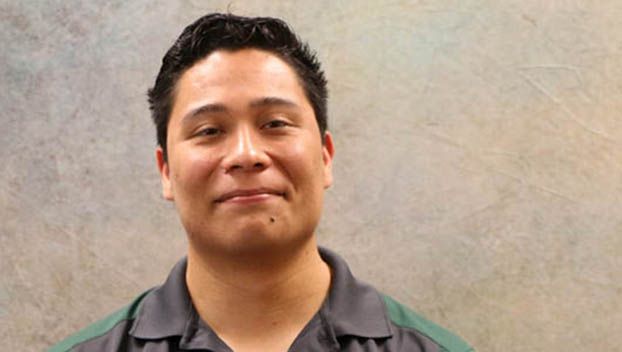 Israel Castaneda has been named director of bands for Little Cypress-Mauriceville CISD.

Israel Castaneda is taking over as the new director of bands for Little Cypress-Mauriceville CISD, following the resignation of Jose Ochoa.

Castaneda served as associate band director for LCM since 2019.

“I know these kids,” he said. “I know what they can do. I’m excited to see the LCM Band Program grow and I can’t wait to get in there and get working.”

During Castaneda’s tenure as associate band director, he was involved in sweepstakes performances with the wind ensemble, symphonic band and concert band, as well as working with the Mauriceville Middle School Band.

He also helped guide the Battlin’ Bear Marching Band to the Area Finals in 2020 and 2021.

“We absolutely believe there is no one better to carry on the tradition of excellence we have worked so hard to cultivate here at LCM,” Superintendent Stacey Brister said.

“Israel has proven his dedication to preparing our students for success, and we trust that under his leadership, our band program will continue to be one of the finest in the state.”

Castaneda graduated from Lamar University in 2019, where he served as section leader for the LU Marching Band and as Drum Major in 2017.

In 2016 and 2017, he spent his summers marching with the Cavaliers Drum & Bugle Corps, a world class competitive junior drum and bugle corps and seven-time DCI World Champion.

Castaneda, a longtime Southeast Texas resident, will enter his fourth year of teaching in the fall.