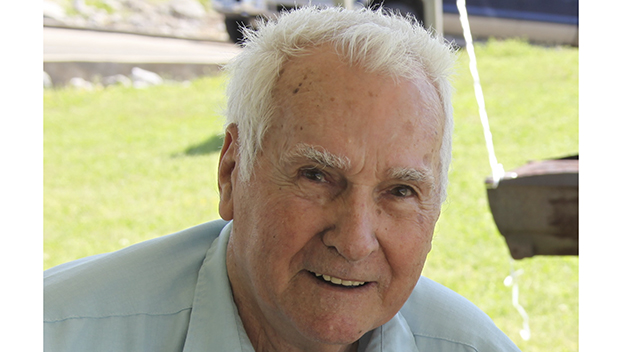 Funeral Services for Eugene William Salonek Sr. will be held at 11: 00 a.m. on Friday, May 27, 2022, at Colfax United Methodist Church with Rev. Sharon Stewart officiating.

Interment will follow in Colfax Cemetery under the direction of Kramer of Colfax.

Eugene William Salonek, Sr. passed away on Sunday, May 22, 2022, at his daughter’s home in Houston, where he has lived for the past year.

He is preceded in death by his loving wife of 60 years, Melba Opal Brown Salonek; his parents, Thomas and Margaret Salonek of Montrose, MN; his sister, Evelyn Bjork of Watertown, MN; and his brother Thomas Leonard Salonek of Minnesota.

Gene was born in Marysville Township, MN on July 27, 1932, to Thomas Salonek and Margaret Babatz Salonek, the third of 4 children.

He grew up in Montrose, MN, and graduated from Buffalo High School in Buffalo, MN.

He served in the US Air Force in Korea and the Canal Zone, and met the love of his life, Melba, while he was stationed in Alexandria.

They eventually moved to West Orange, TX where they had their family and made their life.

Over the course of his 33 years with the Department, he held every position, including Chief multiple times.

He received the honorary title of Lifetime Fire Chief upon his retirement.

In recognition of his service, March 28, 1987, was deemed Eugene W. Salonek Day by the City of West Orange.

A lifetime first responder, he loved nature and enjoyed hunting and most of all fishing.

Those left to cherish his memory include his son, Eugene William Salonek, Jr. and his wife Carol of Tomball, TX; his daughter, Vickie Salonek Angenend and her husband Mike of Houston, TX; his grandchildren, USMC Major Morgan Salonek and his wife Audrey of Fort Worth, TX, Jennifer Angenend McKeon and her husband John of Paige, TX and Christina Angenend of Austin, TX; and his great grandchildren, Ella McKeon, Evangeline McKeon and one great grandson on the way.

In lieu of flowers memorials my be made to Colfax United Methodist Church at 407 Main Street, Colfax, LA 71417.

To extend online notes of condolence to the family please visit www.KramerFunerals.com.