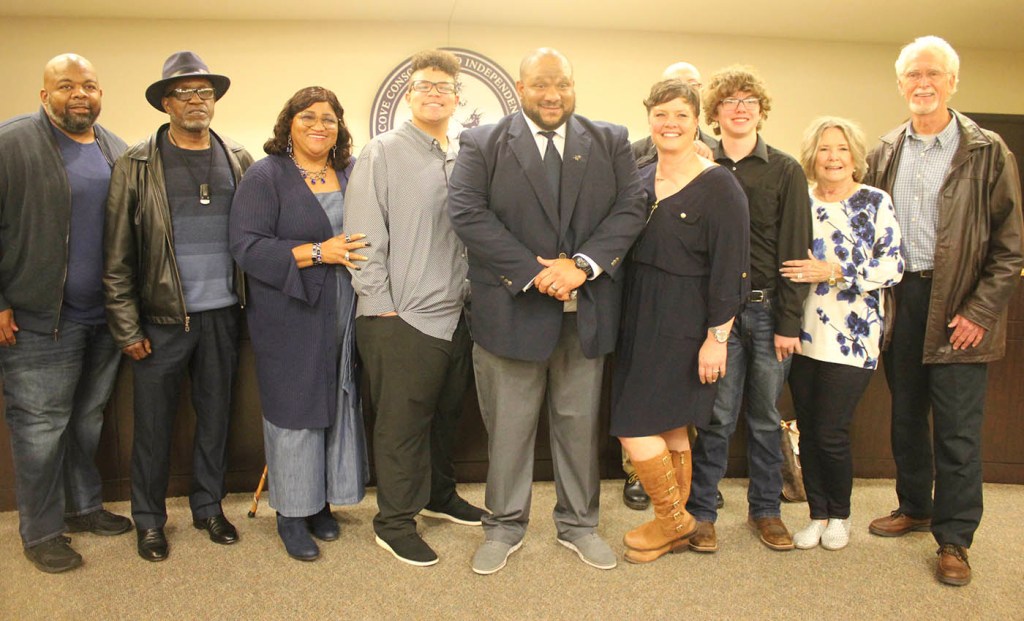 It’s going to be a grand new adventure for Hiawatha Hickman as the former long-time assistant coach was named the new Athletic Director and Head Football Coach for the West Orange-Stark Mustangs at the West Orange-Cove CISD School Board Meeting Monday night.

Hickman was named the lone finalist for the post by WOCCISD Superintendent Dr. Rickie Harris and following the candidate recommendation from Harris, the WOCCISD Board of Trustees made the final decision to name Hickman the new AD.

The Board voted in favor of Hickman getting the job by a 4-2 count. Board members Linda Platt-Bryant, Ruth Hancock, Gina Yeaman and Demetrius Hunter voted for while Tricia Stroud and Tommy Wilson, Sr. voted against. The seventh board member Roderick Robertson was not in attendance. Hickman becomes the fourth WO-S Athletic Director and Head Football Coach since 1977.

Hickman, a Southeast Texas native, has coached under Thompson’s watch for the past six years and has served the Mighty Mustangs as a football defensive line coach and head girls track coach.

He attended McMurry University on a football scholarship, where he graduated with a Bachelor of Science in Multidisciplinary Studies (History/PE). His resume boasts a Master of Education degree from Lamar University with a principal certification.

In addition to his coaching duties, he currently works as an assistant principal at West Orange-Stark High School. Hickman collectively brings 22 years of teaching and coaching experience to the position, including ten years as defensive coordinator at Silsbee ISD.

“I have a passion and enthusiasm for coaching and teaching. Great coaches are great teachers,” Hickman said. “Winning is a product of mutual hard work from staff and players.”

On the football side, Hickman will be handed the keys to the state’s all-time winningest football program by winning percentage.

The Mustangs, since West Orange High School and Stark High School merged in 1977, has an overall record of 435-103-3 for an all-time winning percentage of .807.

In Thompson’s 11 years as the head coach, the Mustangs went 129-22 with a winning percentage of .854. That includes 11 straight district titles in which the Mustangs never lost a district game. The Mustangs reached four straight state title games (2014-2017), winning state crowns in 2015 and 2016. WO-S reached at least the Class 4A Region III Division II Finals 10 out of those 11 years, including last season.

“We are grateful to Coach T for his many years of exemplary leadership,” Superintendent Dr. Rickie Harris said in a statement. “Moreover, his successful leadership of the Mustangs has left an incredible foundation upon which Coach Hickman can build upon in the years to come.”