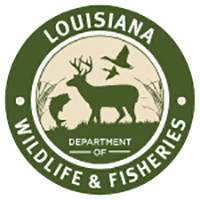 Chronic wasting disease (CWD), which is fatal to deer, was detected in a 2.5 year-old female white-tailed deer in Union County, Arkansas, 7.5 miles north of the Louisiana-Arkansas border.

In response to this detection of CWD near the Louisiana border, the Louisiana Wildlife and Fisheries Commission (LWFC) voted to implement a declaration of emergency to ban feeding and baiting in nearby Morehouse and Union parishes beginning Dec. 6. To see the full declaration of emergency, go to https://www.wlf.louisiana.gov/resources/category/commission-action-items.

The Louisiana Department of Wildlife and Fisheries (LDWF) has also implemented its CWD Response Plan and will increase ongoing CWD surveillance in Morehouse and Union parishes due to their proximity to the CWD detection.

CWD is a neurodegenerative disease of white-tailed deer and other animals of the Cervidae family. It is currently present in 26 states and three Canadian provinces.

LDWF has been sampling for CWD since 2002. To date, more than 12,000 samples have been tested and CWD has not been detected in Louisiana.

CWD has never been shown to be contagious to humans, although the Centers for Disease Control recommends that humans not consume known CWD-positive animals, and that people hunting in CWD-endemic areas should have their deer tested for CWD prior to consumption.

Hunters harvesting deer in Union or Morehouse parishes are asked to either contact the LDWF Monroe Field Office at 318-343-4044 or nearest LDWF Field Office and take the heads of their harvested deer with six inches of neck still attached to allow LDWF biologists to pull tissue samples for CWD testing.

Hunters harvesting deer in other parishes of the state and want to have their deer tested for CWD should contact their local LDWF field office. For more information on CWD, visit https://www.wlf.louisiana.gov/page/cwd.