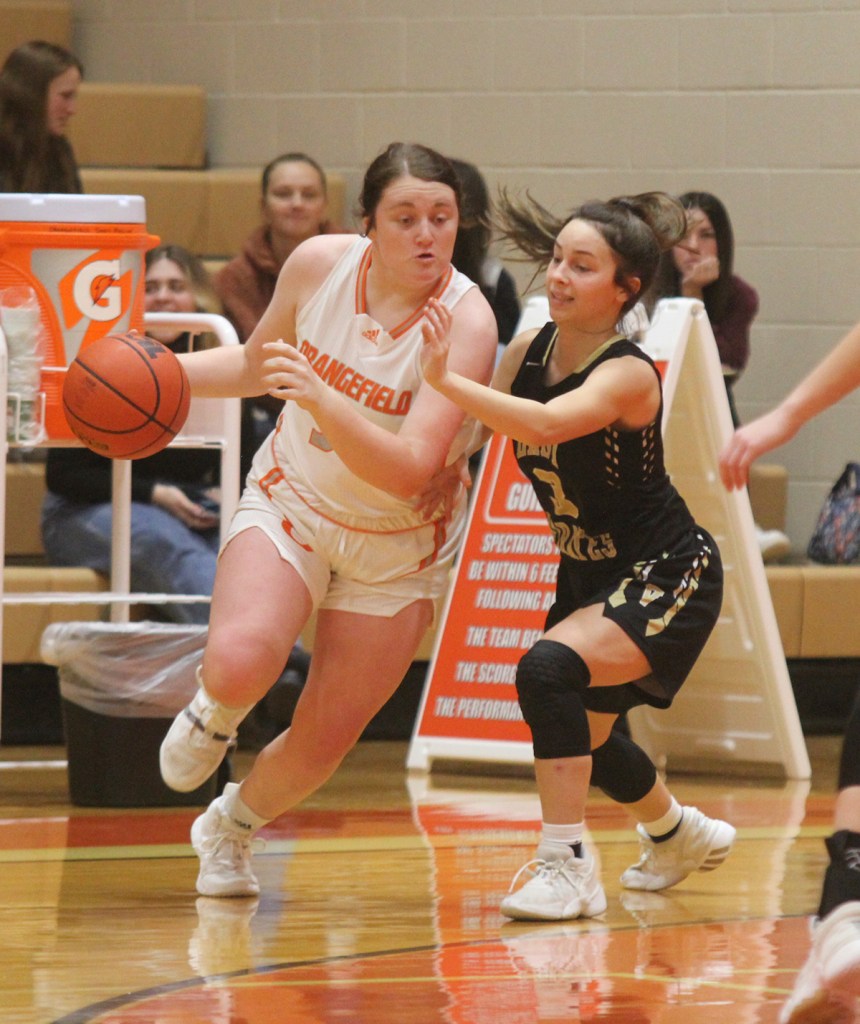 ORANGEFIELD – Heavy full-court pressure led to a big halftime lead for the Orangefield Bobcats as they went on to cruise to a 35-23 victory over the Vidor Lady Pirates at the Bill Tennison Tournament at Bobcat Gym Thursday.

The Lady Bobcats forced Vidor into 14 of their 20 turnovers in the first half as Orangefield cruised out to a 27-8 halftime advantage.

Orangefield went on a 17-6 tear in the first quarter and a 10-2 run in the second period.

Madison Greenway led the Lady Bobcats with 10 points, all of them coming in the first quarter.

Harleigh Rawls had seven points while Jolie Ponfick had six for the Lady Bobcats.

Orangefield finished with a 29-23 rebounding edge as all 11 Lady Bobcats had at least one rebounds. Greenway and Greenlea Oldham had five rebounds apiece while Pnfick added four boards.

Orangefield called off the full-court pressure midway through the third quarter. The Lady Pirates outscored Orangefield 15-8 in the second half as Orangefield used their bench players almost the entire fourth quarter.

Orangefield finished with 13 turnovers. The Lady Bobcats went 8-of-20 from the free-throw line while Vidor made 7-of-14.

Mustangs all set for China Spring, a look at…