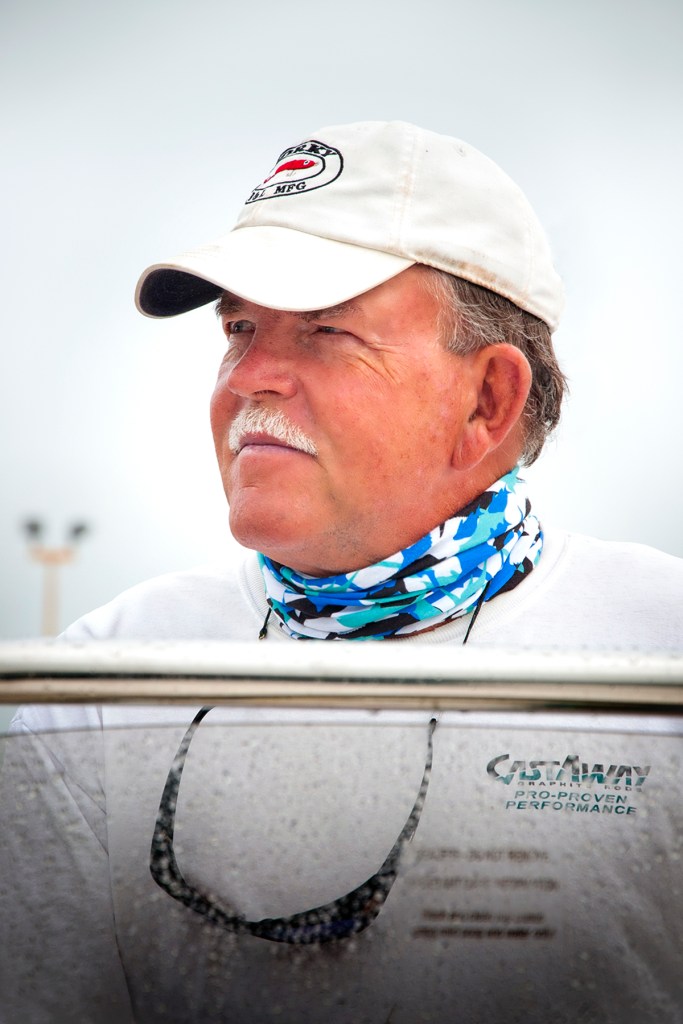 Dickie was born in Orange on April 24, 1946, and lived in Orange most of his life. He was a star guard and linebacker at Stark High School, and went on to play football at McNeese State University where he earned all-conference honors. After earning a degree in education at McNeese, he went on to coach in Louisiana at Crowley High, as well as LaGrange High and Barbe High in Lake Charles.

In 1977, he moved back to Orange, where he and his wife Karen opened The Fishing Hole, a fishing tackle store. He also became a fixture on the local fishing scene, publishing a fishing column first in The Orange Leader, and later in The County Record, and Texas Saltwater Fishing magazine. He gave the weekly fishing report on KOGT, and shared his love of fishing with hundreds of clients in his over 40 years as a fishing guide. He retired from DuPont after 25 years. He was active in the community as a member of the Orange Boat Club and the CCA, and was a youth sports coach for his grandson’s teams. He was a lifelong member of First Presbyterian Church, and served as a deacon and as a trustee.

More than anything, Dickie was an educator, coach, and mentor to those around him. Whether it was his family, fishing buddies, or the many people in his church and around the community who he befriended, he was a source of advice, wisdom, support, and sometimes tough love.

He was preceded in death by his parents, Richard Edward and Billie Jean Colburn. He is survived by his wife of 52 years, Karen Colburn; son, Rafe Colburn and wife Patricia; daughter Terri Hoyland and husband Darren; grandchildren, Andrew Hoyland and Whitley Hoyland, as well as his beloved dog Buck. He is also survived by his siblings, Jeep Colburn and wife Carolyn, and Pauline Hargrove and husband Ricky, along with his nieces and nephews and their families.

In lieu of flowers, donations may be made to First Presbyterian Church, Orange, Tx.