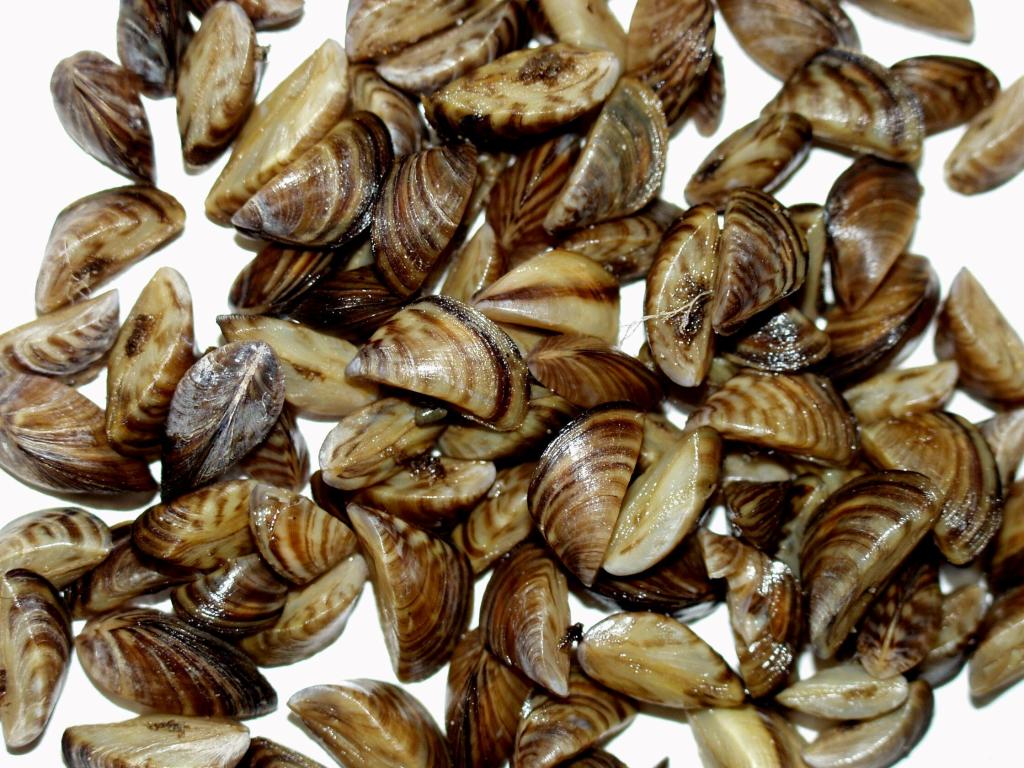 AUSTIN – The Texas Parks and Wildlife Department (TPWD) has designated Lake Brownwood, Inks Lake, and Medina Lake in the Colorado and San Antonio River basins as ‘infested’ with invasive zebra mussels. Infested status signifies that there is an established, reproducing population of zebra mussels in the lake. The designation is a result of recent sampling efforts that revealed evidence that zebra mussels in Lake Brownwood and Medina Lake are now fully established and reproducing and detection of a new infestation in Inks Lake.

“As zebra mussels are continuing to spread westward and southward to new areas in Texas and as those lakes become fully infested, nearby lakes have an increased risk of being invaded and it is vital that boaters take steps to clean, drain, and dry boats to help slow the spread. Boats owned or recently purchased that have been stored in the water must be decontaminated before moving them to another lake to prevent the spread of these highly invasive mussels,” said Monica McGarrity, Senior Scientist for Aquatic Invasive Species.

Zebra mussel larvae were first detected in plankton samples (samples of microscopic aquatic organisms) collected in November at Lake Brownwood collected near Flat Rock Park and Lake Brownwood State Park. On June 1, the Brown County Water Improvement District found two zebra mussels on a pontoon boat at a marina. Later in the week, the water improvement district also found a larger zebra mussel at Goat Island near the state park, as well as another at a fifth location, a buoy on the main lake. Due to the presence of zebra mussels in multiple sizes and at several locations within the lake, there is a strong indication of an established, reproducing population of zebra mussels and Lake Brownwood is now designated as fully infested.

Earlier this spring zebra mussel larvae were found in plankton samples collected by the Lower Colorado River Authority (LCRA) at Inks Lake. Larvae were found near the dam and Highway 29 crossing in April followed by a second detection at the Highway 29 site in May. June surveys conducted by the LCRA near the dam and at an upstream site just downstream from Buchanan Dam revealed a total of seven zebra mussels of multiple sizes, indicating the establishment of a reproducing population and Inks Lake is now designated as fully infested. Lake Buchanan, which is upstream of Inks Lake, became infested in 2020 and with inevitable downstream dispersal, the chances of Inks Lake becoming infested were extremely high and the lake was being closely monitored.

A sighting by a member of the public in February and subsequent surveys uncovered a total of three zebra mussels at multiple sites on Medina Lake, leading to an initial designation of the lake as ‘positive’ for zebra mussels. In late May, a lakefront landowner reported finding a larger mussel at their dock on the lake near Elm Cove and provided a specimen. The Bandera County River Authority & Groundwater District followed up by conducting intensive shoreline and snorkeling surveys, locating numerous zebra mussels at sites near Echo Point and Elm Cove. The most recent discoveries, combined with the initial sightings in February, revealed numerous mussels of different sizes in multiple locations, indicating the presence of an established, reproducing population and Medina Lake is now designated as fully infested.

“Unfortunately, zebra mussels have now spread to 32 Texas lakes, with 27 fully infested, but there are far more lakes that still haven’t been invaded and are at risk. Each boater taking steps to clean and drain their boat before leaving the lake and allowing compartments and gear to dry completely when they get home can make a big difference to protect our Texas lakes,” said Brian Van Zee, TPWD Inland Fisheries Regional Director.

Because zebra mussels are most often transported on or in boats, boaters play a critical role in preventing them from spreading to new lakes. Zebra mussels attach to boats and anything left in the water, including anchors, and can survive for days out of water, often hiding in crevices where they may not be seen easily. Their larvae are microscopic and invisible to the naked eye and can be unknowingly transported in residual water in boats. Boaters are urged to clean, drain and dry their boats and gear before traveling from lake to lake. Remove plants, mud and debris, drain all the water from the boat and gear, and then open up compartments once you get home and allow everything to dry completely for at least a week if possible.

If you have stored your boat in the water at a lake with zebra mussels or purchased a boat stored on one of these lakes, it is likely infested with zebra mussels and poses an extremely high risk for moving this invasive species to a new lake. Before moving your boat to another lake, call TPWD at (512) 389-4848 for guidance on decontamination.  Other equipment stored in infested lakes such as barges, docks, hoists and pumps etc. are other potential vectors for spreading invasive species so those items also need to be fully decontaminated before transporting to another waterbody.

The transport of aquatic invasive species can result in legal trouble for boaters or transporters. Transporting prohibited invasive species in Texas is illegal and punishable with a fine of up to $500 per violation. Boaters are also required to drain all water from their boat and onboard receptacles, including bait buckets, before leaving or approaching a body of fresh water.

Additionally, anyone who spots zebra mussels on boats, trailers or equipment that is being moved should immediately report the sighting to TPWD at (512) 389-4848.

TPWD and partners monitor for zebra mussels in Texas lakes, but anyone who finds them in lakes where they haven’t been found before should report them immediately by emailing photos and location information to AquaticInvasives@tpwd.texas.gov.

A status map showing all lakes where zebra mussels have been found in Texas is online at tpwd.texas.gov/ZebraMussels. For more information on how to properly clean, drain and dry boats and equipment, visit the TPWD YouTube channel for a short instructional video.