No relief from feds for threatened monarch butterfly 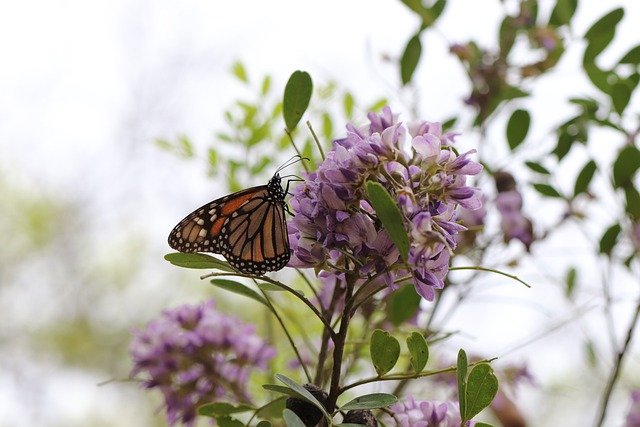 GeorgeB2/Pixabay The monarch butterfly's annual migration route parallels Interstate 35, so transportation departments in Texas and other states are prioritizing habitat creation along the freeway.

AUSTIN, Texas – The monarch butterfly is threatened with extinction, but will not receive federal protection any time soon.
This week, the U.S. Fish and Wildlife Service said the monarch meets the criteria for listing, but limited resources mean other species will be listed first.
Rebeca Quinonez-Pinon – monarch outreach coordinator for the National Wildlife Federation – said in Texas, local communities have been extremely engaged on monarch conservation since 2015, through the agency’s Mayors’ Monarch Pledge.
“And they have worked on implementing monarch conservation efforts,” said Quinonez-Pinon, “increasing native habitat and ensuring that everyone does something to help the monarch.”
In announcing its decision, the Fish and Wildlife Service said the monarch butterfly deserves federal protection under the Endangered Species Act, but must wait in line behind at least some of 161 other species facing imminent threats.
It’s estimated there are fewer than 30,000 monarch butterflies remaining in the western U.S. – after populations dropped more than 97% between 1997 and 2019.
The population decline for the iconic orange-and-black butterfly is due to loss of habitat that includes native milkweed. Quinonez-Pinon said milkweed is the only plant that nurtures monarch caterpillars and is in short supply as a result of herbicides used in commercial agriculture and home gardens.
“Another big problem is climate change,” said Quinonez-Pinon. “Climate change has taken its toll on both the eastern and western populations.”
According to wildlife officials, more than 500 million milkweed stems have been planted in recent years by advocacy groups, concerned Americans and government agencies.
In taking the Monarch Pledge, Texas mayors agreed to plant milkweed in public parks and school gardens, and challenged city neighborhoods to do the same.