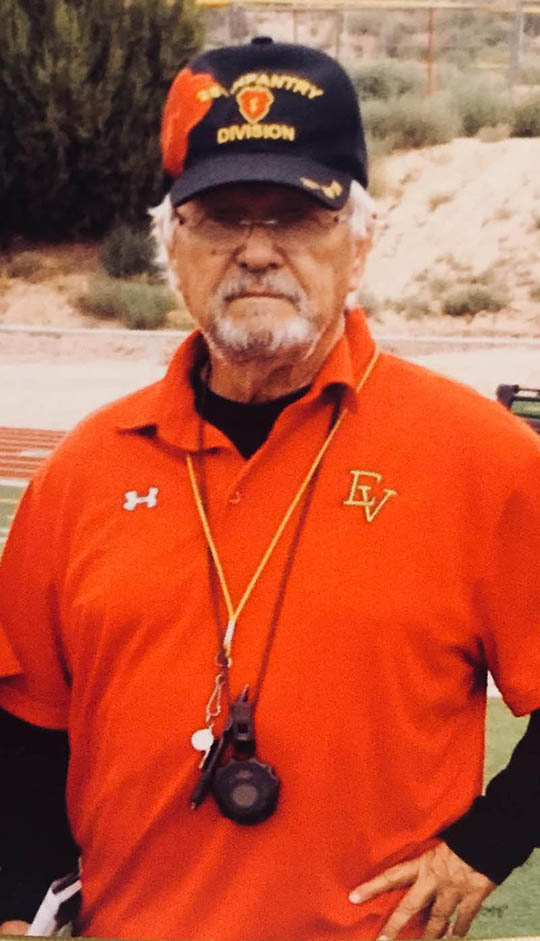 Dupree’s story was that of an incredible football life. He played every level of the game, from PeeWee to Pro. Ron then went on to have a 50-year coaching career; first as a college coach,  and then as a high school football coach, shaping the lives of students across the country. Coach DuPree was also a gifted history and physical education teacher, a thorough researcher, and a published author.

Dupree had a couple of Bear teams on the threshold twice as they barely missed out with 7-3 records in both 1981 and 1983. The Bears finished third in district play in each of those seasons but back then the UIL only allowed two playoffs teams from each district. He also implemented those cool-looking University of Michigan-styled helmets to the program that so many LC-M faithful remember.

The 1981 team was led by the likes of quarterback Cazzy Francis and Bennett Teer that ran up amazing offensive numbers in Dupree’s heralded “Whoo and Wham” offenses that generated a lot of yards on the ground.

The 1983 was stout as well, featuring the arm of quarterback Richard Pannell, the running of Homer Rhodes and the pass-catching abilities of receiver Derek Anderson. The Bears were definitely on the cusp of a playoff berth that season before a late Jasper rally kept LC-M from joining postseason play.

Ron was born on February 13, 1941, in Alexandria, Louisiana to his parents, Isaac DuPree and Dorothy Deshautel DuPree. He graduated from Saint Mary’s High School in Orange, Texas. Ron joined the Army and volunteered to serve the United States of America as a soldier in Vietnam prior to the draft.

During his military service, Ron earned the nickname of “Mr. Everything.” He was the quarterback of the All-Army Football Team while stationed at Schofield Barracks in Hawaii. Ron served in the Tropical Lightning Division as Gunner in a Huey Helicopter while stationed in Vietnam. Ron became a Purple Heart recipient after he was wounded during a heroic helicopter mission in the Vietnam war. When he returned to the states, Ron continued to play football, and eventually graduated from Emporia State Teacher’s College in Kansas. Ron was drafted and played football in the Continental Football League.

Ron is preceded in death by his parents, Isaac and Dorothy DuPree; his sister, Grace Swope Burton; and his brother, Mark DuPree.

After a private service with military honors on Friday, December 11, 2020, Ron DuPree will be buried at DFW National Cemetery in Dallas, Texas.