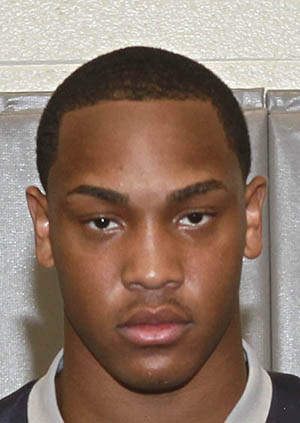 MAGNOLIA – There is no doubt, football fans across Southeast Texas now realize that the China Spring Cougars are for real.

After turning a few eyes last week in the bidistrict playoffs with a 45-19 win over fourth-ranked Jasper, the Cougars upped the ante by toppling the second-ranked West Orange-Stark Mustangs 35-22 in the Class 4A Region III area round at Magnolia High School Friday night, putting a halt to one of the most amazing streaks the state of Texas has ever seen.

Under the direction of head coach Cornel Thompson, the Mustangs had reached at least the Region III Finals in all 10 years of his leadership until the Cougars stopped that streak Friday night. The Mustangs had allowed just 42 points all season entering the matchup.

WO-S was the only team that scored in the second half as both defenses were stingy.

The Mustangs had a hard time containing Cougar running back Emmanuel Abdallah, who rushed for 173 yards on 29 carries.

The Cougars finished with 357 total yards. China Spring quarterback Major Bowden rushed for 75 yards on 23 carries and completed 7-of-9 passes for 92 yards. The Cougars had 265 yards rushing on 54 attempts as they controlled the clock, despite a ton of tackles by WO-S standout senior linebacker Tyrone Brown.

The Mustangs, down a few key lineman due to sitting out for the Covid virus, finished with 242 yards.

Mustang quarterback Jerren Terrell completed 8-of-23 passes for 136 yards and rushed for 63 yards on eight carries. Receiver Jerrold Brown, Jr. caught two passes for 83 yards, both of them going for touchdowns.

Special teams miscues hampered the Mustangs in the first quarter.

China Spring got on the scoreboard with 4:24 left in the first quarter when Dawson Exline rushed in and blocked a WO-S punt and scooped it up as well, going 24 yards for the touchdown. Kicker Karson Coe booted the extra-point to give the Cougars a 7-0 edge.

After holding the Cougars to a three-and-out, the Mustangs coughed up a fumble on a punt return at their own 8 as Cougar fell on the Artavious Samuel fumble and Bowden scored three plays later on a five-yard scamper around right end as he dove for the pylon to get in, making it 14-0. Bowden had 50 yards on 15 carries in the half.

Abdallah and Bowden got the Cougar running game going next time they had it as they marched 73 yards in 14 plays with Abdallah capping it with a four-yard touchdown dart off left tackle, pushing it to 21-0 with 5:02 in the half. The drive ate up seven minutes.

The Mustang offense caught the China Spring defense off guard on the next series. Jayson Zeigler, Jr., playing at Wildcat quarterback, pitched it out to Terrell, who then unleashed a perfect 68-yard scoring bomb to Jerrold Brown, Jr., who had beaten his fooled man on the play. Angel Ibarra booted the extra-point, trimming it to 21-7.

Abdallah, however, had the answer for the Cougars on the second play of the next China Spring possession as he bolted up the middle, broke one tackle and outran the Mustang secondary for a 71-yard touchdown gallop, pushing it back up to 28-7. Abdallah had 123 yards on 15 carries in the half.

The Cougars rarely passed coming into the game but they caught the Mustangs on a big pass play when Bowden hooked up with Colton Locking on a 58-yard bomb to make it 35-7. Bowden completed 4-of-5 passes for 78 yards in the first half.

The Mustangs gained their composure as they put together a seven-play, 65-yard scoring drive late in the half.

Terrell connected with Jacob Dominguez on a big 19-yard pass play for a first down. Terrell would show his will when he bolted loose on a big 33-yard keeper down the left side as he barreled over several Cougar defenders to reach the Cougar 4. The next play Zeigler, Jr. took it up the middle for a four-yard score as the Mustangs trimmed it to 35-14.

Terrell completed 5-of-12 passes for 107 yards in the half and also rushed for 37 yards on three carries.

The Mustangs trimmed it to 35-22 on their first drive of the second half, navigating 65 yards in eight plays.

Terrell had a huge 29-yard keeper to the Cougar 15 and then found Brown on a 15-yard scoring strike down the left side. Terrell ran in the two-point conversion to cut it to 35-22.