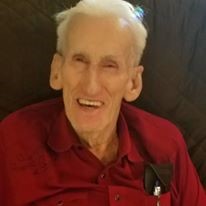 Donald Lamar Chuter of Brenham Texas, formerly of Orange Texas, was called home to Heaven at 2:51am Thursday morning August 27, 2020 at the young age of 84. Born January 13, 1936 in Freeport, Texas to the late Walter Andrew Chuter and Marguerite Calvert Chuter.

He is survived by his sister Mary Ann Dewar of Brenham, Stepson Ray Arthur and wife Shirley of Orange, grandchildren, nieces and nephews.

He attended school and grew up in Freeport.  He enlisted in the army. After he was discharged he eventually found his talent years later as a Pipefitter.  He became a member of Union Local 211 out of Houston Texas and retired 40 years later.  He attended Harvest Church in Orange and Cornerstone Assembly of God in Brenham.  He missed his Church family a great deal during this most unusual time of a Pandemic.  He had at least one favorite restaurant in every city he lived in or visited which he frequented over the years as often as he possibly could; and he was happy to tell you all about them and the good groceries they served if you would listen.  But more than anything else, he enjoyed spending time with family and friends.  Family was everything to him and he will definitely be missed.  The family would like to send out our loving thanks to everyone who helped us take care of Donald, especially those angels in the medical field.

Friends & family are invited to gather for visitation and viewing between the hours of 10am – 11am on Saturday September 12, 2020 at Restwood Funeral Home & Memorial Park located at 1038 West Plantation Clute, Texas.  Services will begin promptly after at 11am. Face coverings are required in the Chapel.