THE IDLE AMERICAN: A quiet week in Lake Wobegon? 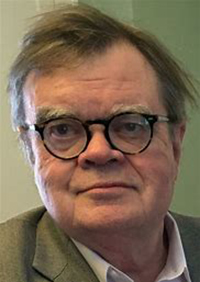 It is ironic that author/broadcasting legend Garrison Keillor’s mythical hometown of Lake Wobegon is only an hour’s “crow fly” journey from Minneapolis.

I saunter in where angels fear to tread–this needless mixing make believe with reality in the same paint can–but serious news folks do so all the time, so why not?

Once asked about Lake Wobegon’s exact “location,” Keillor maintained the place of his upbringing to be in “Stearns County, which is in Central Minnesota, some 66 miles from Minneapolis.” It’s not possible, of course, to “nail down” a town’s location which is viewed only in mind’s eye.

The reference to “irony” in the first paragraph concerns Keillor’s invariable opening to each week’s monolog. Surely you’ve heard it; many of us looked forward each week to Keillor’s 12-15 minute ramblings for 42 years. They always started with, “It’s been a quiet week in Lake Wobegon, my hometown, out there on the edge of the prairie.”

The king of storytellers put his microphone away some four years ago, but is it not ironic that Keillor’s inevitably “quiet weeks” would today have played out next door to ongoing riotous weeks of unrest in Minneapolis?

(My wife and I went to St. Paul twice to “see” Keillor’s weekly radio broadcast, which was heard over several hundred radio stations from the historic Fitzgerald Theater. Virtually without exception, “sold out” signs were posted during the show’s long run. Most remembered: Keillor’s pacing up and down the stage, weaving his captivating segment as if in relaxed session with friends around a campfire. He used no notes nor had promptings. Yet, his colorful words flowed beautifully, just as they do in his books.)

Ornate to the max, it seats a thousand folks, having undergone few changes except names. Not until 1994–perhaps about the same time Keillor’s radio show peaked–did the “Fitzgerald” name appear. It honors another literary giant from St. Paul, author/playwright F. Scott Fitzgerald, who wrote The Great Gatsby.

For those who wonder, Fitzgerald was named in memory of Francis Scott Key, who wrote “The Star-Spangled Banner,” but that’s a whole ‘nuther story. An admitted chaser of rabbits, I now meander down another path, perhaps the one less traveled.

Isn’t it interesting how advertising campaigns–some effective for decades–aren’t quite enough? (Please notice that I didn’t use the word “interestingly,” because most sentences with this beginning seldom are.)

Exhibits “A”–two are cited, but there are many more–include JCPenney and Hertz Rent-A-Car. For decades, JCPenney claimed to be “fair and square,” and Hertz’ long-remembered slogan was, “We’re Number One!” (J C himself is remembered for opining, “I’m sure half of my advertising budget is misspent, but I’m not sure which half.”)

Whatever, bankruptcies have been declared by both JCPenney and Hertz, leaving one to wonder what Avis’ new ad campaign will be. For years, Avis–ranked number two–”had to try harder.” Assuming Avis now to be at the top, wonder how hard they’ll need to try?

Finally, this story about a man jostling around a Chicago airline terminal, his arm raised and both index and little fingers extended. Another man nearby said, “Hey, I want to meet you; one doesn’t run into another University of Texas alum in these parts every day.” The other guy said he didn’t go to UT, and had no allegiance there.

The UT alum asked why he hoisted the “hook-em horns” sign.

First guy: “Oh, I just thought this to be a clever way to let the world know I’m declaring Chapter Eleven.” He may have added additional verbiage, suggesting the avoidance of weeping over spilled milk, or attempting to force toothpaste back inside the tube—or not.