On Section 230, both parties are wrong 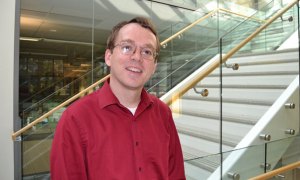 On May 28, President Donald Trump issued an executive order charging federal agencies to “consider taking action … to prohibit unfair or deceptive acts” by social media sites like Twitter and Facebook. At issue is Section 230 of the Communications Decency Act (CDA), which allows websites to moderate their content as they see fit. The order alleges that content moderation has become cover for sites to “stifle viewpoints with which they disagree,” and that such “political bias” is unprotected by Section 230.

Behind the order is Twitter’s recent decision to fact-check President Trump’s tweets. Two days earlier, the president tweeted that mail voting would not be “anything less than substantially fraudulent.” Twitter appended a link to the tweet, with the text “Get the facts about mail-in ballots.” Trump, though, is hardly the first to claim that websites forfeit legal protection by moderating political content. In a 2018 hearing for Facebook CEO Mark Zuckerberg, Senator Ted Cruz (R-TX) stated, “The predicate for Section 230 immunity under the CDA is that you’re a neutral public forum.” Recently, Cruz repeated a similar claim, tweeting, “If you post defamatory content on Twitter or [Facebook], they can’t be sued – that’s sec 230. Congress did that because they were neutral. Now, they censor.” Likewise, in January, Democratic presidential candidate Joe Biden declared that, “Section 230 should be revoked, immediately.… It should be revoked because [Facebook] is not merely an internet company. It is propagating falsehoods they know to be false.” Opposition to Section 230 protections, then, is a point of genuine bipartisan agreement. Unfortunately, such hostility is at best badly misguided, and often simply wrong on the facts.

The purpose of Section 230 is straightforward. In the mid-1990s, U.S. law distinguished between internet message boards and the messages posted to them. If a user posted libelous material to such a board, by default that user was regarded as its author; he or she, rather than the board, was liable for its content. To their credit, many boards freely chose to moderate their content, removing posts that were off-topic, offensive, or otherwise undesirable. Such moderation, however, was legally a form of editorial control, as administrators decided which messages to permit or remove; a post that was not deleted could thus be viewed as bearing the moderators’ stamp of approval. The result was an unfortunate legal irony: a board that made no attempt to censor content bore no responsibility for the resulting posts, while a site that made genuine attempts to remove loathsome content was liable for anything that was overlooked.

Section 230 was the solution to this predicament. Its most relevant portion states, “No provider or user of an interactive computer service shall be held liable on account of any action voluntarily taken in good faith to restrict access to or availability of material that the provider or user considers to be obscene, lewd, lascivious, filthy, excessively violent, harassing, or otherwise objectionable, whether or not such material is constitutionally protected.” In other words, Twitter does not become liable for its users’ posts by virtue of moderating them. The criteria for moderation are deliberately broad, explicitly permitting sites to remove anything they deem “otherwise objectionable,” with no restrictions on that judgment. Likewise, the law demands no prerequisites for websites to receive these protections; they are unconditional.

Thus, President Trump’s executive order is exactly the sort of legal challenge precluded by Section 230. The order substantially misrepresents the law, relying heavily on an odd twisting of the phrase “good faith” to imply a need for political neutrality. Likewise, contra Senator Cruz’s claims, there is no “predicate … that you’re a neutral public forum” in order to receive these protections; the law shields even forums that explicitly serve a single political viewpoint. None of this critique is accurate.

Further confounding the issue, Twitter’s “fact check” is likely not a Section 230 concern in the first place. Section 230 addresses websites that restrict access to content, such as by deleting or “shadow banning” posts. Twitter has not done so here. By appending a statement to the president’s tweet, the company has instead made use of its own First Amendment speech rights; the Citizens United Supreme Court decision affirming those rights for corporations is traditionally hailed as a conservative victory.

To be clear, the critics of Section 230 are correct that social media raises significant concerns. Under the law, it is entirely possible for some political voices to be shut out of major media sites; recent events, such as the reveal that YouTube deleted criticisms of the Chinese Communist Party, suggest that some such filtering already occurs. A government-mandated “politically neutral moderation” approach, however, would cause more problems than it solves. Trump’s own tweets are an apt demonstration of the problem. The president clearly believes that Twitter displayed bias in its commentary; meanwhile, the Biden campaign claims that Twitter “provide[s] a venue for … the president’s falsehoods” by retaining the tweets at all. Is it at all plausible that either man could oversee a genuinely politically neutral review?

This is not the first time the government has enforced “political neutrality” in media; the mid-20th century Fairness Doctrine once mandated exactly such behavior. It was Republican administrations which overturned that doctrine, with a later conservative commentator condemning it as “send[ing] government observers into the newsrooms.”

That commentator was Ted Cruz; on Section 230, the senator should heed his own remarks.

Dr. Brian Dellinger is an assistant professor of computer science at Grove City College. His research interests are artificial intelligence and models of consciousness.