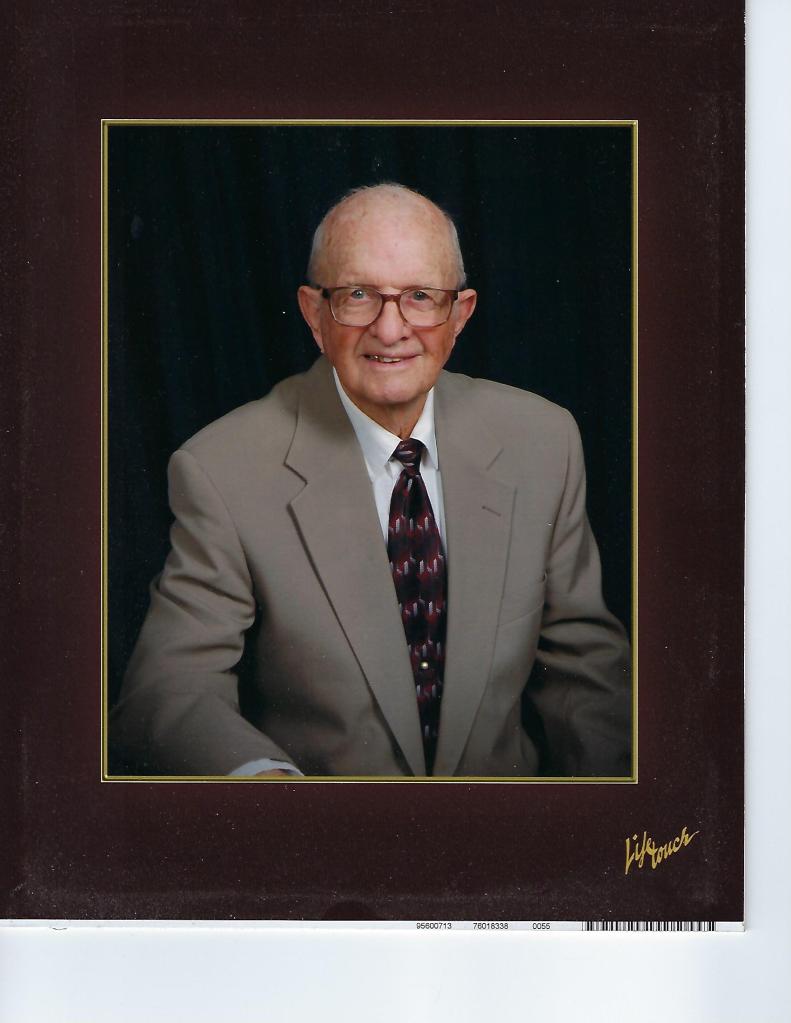 While attending Texas A&M he met Frances Karlson and married her in 1948. They had 3 children. They moved to West Orange in 1955 and raised their family. In 1974 he married Nina Sue Woodcock Barbee and expanded his family to include her 2 adult children. He worked for Dupont from 1956 until his retirement in 1984. He and Sue retired to Sam Rayburn Texas where they were very happy until her death in 2004. He was an avid golfer and a member of a group called the Bandits for many years. He amassed 6 holes-in-one over the 50 years he played. He was a volunteer fireman for many years, active in the church across the street, Lake Rayburn United Methodist Church, and loved playing Texas hold’em. In 2005 he remarried Frances Russell and was happily married until her death in 2013. In 2016 he moved into an Assisted Living facility due to failing health. He will be remembered by many for his strawberry and pecan pies, but everyone will remember him for his sense of humor and his loyalty to family and friends.

There will be a memorial service at a later date.